Kehlani was the first one to drop the singer on Wednesday. 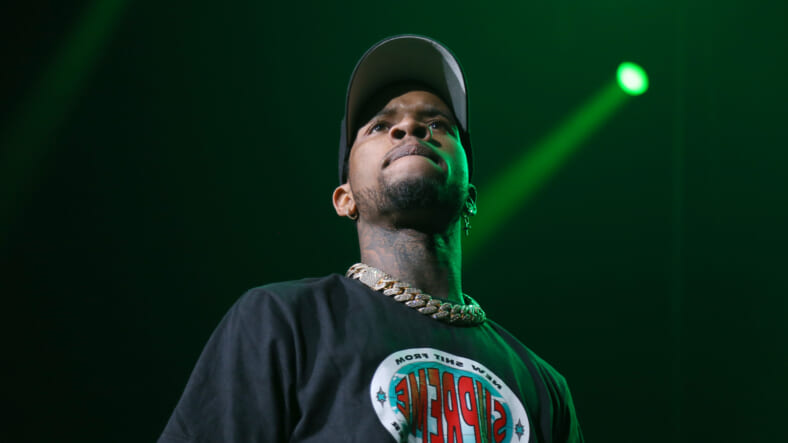 Two artists have dropped Tory Lanez off of their deluxe albums following his shooting incident with Megan Thee Stallion.

Both Kehlani and JoJo are distancing themselves from Tory Lanez due to the allegations that he is responsible for shooting Megan in the foot.

“As someone with a large platform, as someone that people look up to, as a woman that makes other women feel safe and empowered, people were asking me, ‘Are you gonna keep somebody on it who doesn’t necessarily make us feel safe or empowered as a woman?’” Kehlani said in an interview with WGCI, a Chicago radio station.

“It was business and it was also loyalty to a situation. This is not an industry friendship. That’s really my friend and someone I say I love you to,” said Kehlani.

In response to a tweet made by a user, JoJo posted the following: “Def took [Lanez] TF off.” She followed up her statement by stating, “LOVE RESPECT AND PEACE AND PROTECTION TO @theestallion”

These public statements of support came after Megan went live on Instagram to tell her side of the story, theGrio previously reported.

“Yes, this ni**a Tory shot me,” she said during the Instagram Live session. Megan also said that Lanez and his team were feeding false information about the incident to blogs.

JoJo dropped Lanez off her album the same day Megan went public, and she told PEOPLE Magazine that, “It felt like the right and necessary thing to do, out of respect and love for Meg.”

There have been no charges filed against Lanez, but there is pressure to get the Candian-born rapper deported because of the incident that took place in Miami, theGrio previously reported.