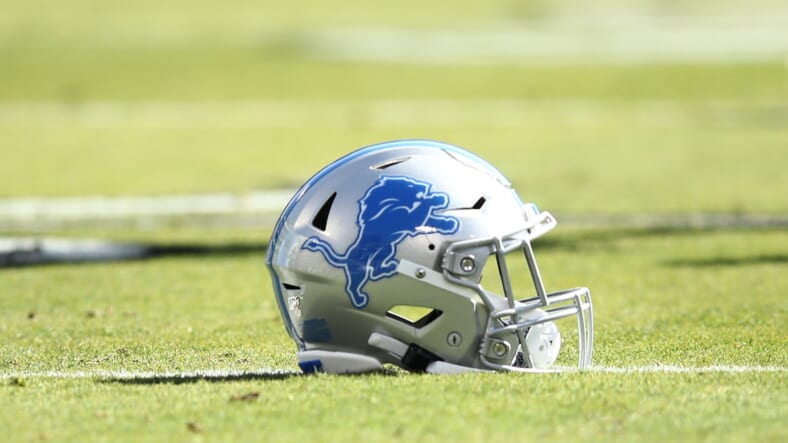 The Detroit Lions cancelled practice today to advocate for social justice in the wake of the latest police shooting. (Photo: Getty Images)

Despite the coronavirus pandemic, the NFL has chosen to play the upcoming season with some protocols in place to mitigate infections among its ranks. But as many of its players know, the COVID-19 virus is not the only virulent one spreading throughout the nation and the world.

Read More: NBA, NFL on the Jacob Blake shooting: ‘Why does this keep happening?’

Racism is as insidious as any virus, and like it, can prove fatal. That is why one NFL team took an unusual step to acknowledge the shooting of Jacob Blake, the 29-year-old father who was shot by police in Kenosha, Wisconsin on Sunday.

The team cancelled Tuesday’s practice, lining up outside their practice facility in a united front with the full support of their coach Matt Patricia.

The Lions, owned by the famed automotive Ford Firestone family, likely surprised the league by their stance, as neither the team nor any of its players have previously been known as vocal public activists in the social justice realm.

ESPN reported that Lions players Trey Flowers, Taylor Decker, and Duron Harmon spoke to the media to explain why the team decided to cancel the practice.

Players stood in front of whiteboards that usually display football plays but on Tuesday said ‘The World Can’t Go On’ and ‘We Won’t Be Silent.’

“As a team, we looked each other in the eyes and realized that football isn’t important today,” Harmon said to assembled media. “We have a platform that we are able to use not just to raise awareness but to create change.”

The players spoke addressed the media for about ten minutes and then spoke further on Zoom calls afterwards.

The Blake shooting resonated with players in the locker room as safety Tracy Walker is a cousin of Ahmaud Arbery, who was fatally shot after an altercation with two white men in Satilla Shores, Georgia.

The protest was an outgrowth of an open discussion fostered by Patricia that led to multiple players discussing racist incidents, some that happened to them as young as 7-years-old, multiple reports say.

Several white players said they understood what their African-American teammates were dealing with and wanted to show they were allies. Decker, an offensive tackle, shared that although he recently drove home with a broken headlight, holding a Florida license and driving a car with a Michigan plate, he never once worried about getting home safely.

“I’m fortunate to be in a locker room with white, Black, brown, different socioeconomic backgrounds, guys from all over the country, and they are guys that I care about,” Decker said.

Quarterback Matthew Stafford, who is also white, said he’s never been more proud of being a Detroit Lion or of being a member of the National Football League.

The team says that they want to do more to continue their effort to advocate for social justice going forward.

Read More: NFL partners with three organizations to get out the vote

“We can’t be silent,” Flowers said. “We can’t say silent. We cannot be going on in the world with our regular day. So today, unified we stand here and we came up with these words, these slogans, and we spread the message, spread the word.”