Officer Rusten Sheskey, who served on the police force for seven years, has been placed on administrative leave 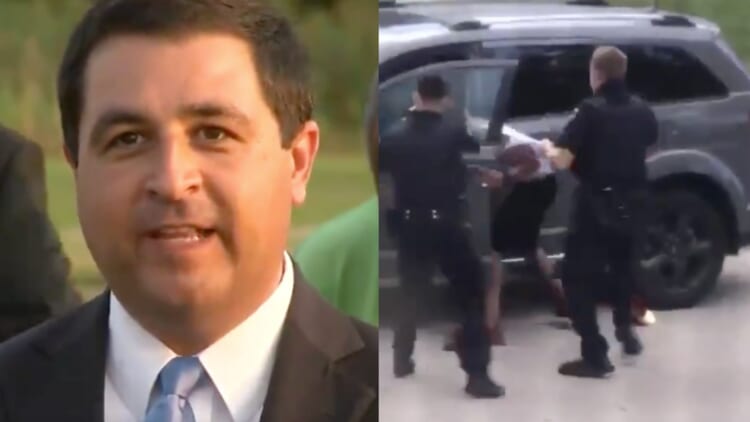 Wisconsin Attorney General Josh Kaul on Wednesday identified the Kenosha officer who shot Jacob Blake, an unarmed Black man, several times in the back as he tried to enter his car on Sunday during a police encounter.

Kaul held a press conference in the city that has been met with unrest for three consecutive nights and read out a press release that was made public shortly after his televised address.

In the press release, AG Kaul identified Officer Rusten Sheskey as the cop who fired his service weapon seven times while holding Blake’s shirt. “No other officer fired their weapon,” he said.

The press release goes on to state that Kenosha police officers responded to a call from a woman who said her boyfriend was present and was not supposed to be on the premises. Officers attempted to arrest Blake, 29, and eventually deployed a taser, however, “the taser was not successful.”

As shown in cell phone footage from witnesses, Officer Sheskey shot Blake seven times as he moved into his vehicle. Kaul confirmed reports that there was no police body cam of the incident, as the department does not have any.

The press release also claimed that Blake admitted to having a knife in his possession, which was recovered on the driver’s side of the floorboard. There were no additional weapons found in Blake’s vehicle.

Sheskey, who served on the force for seven years, and the other responding officers were placed on administrative leave.

The attorney general’s statement said that the Wisconsin Department of Justice Division of Criminal Investigation is continuing to review the evidence of the case and is aiming to provide a report of the incident to the state’s prosecutor within 30 days.

“If the prosecutor determines there is no bases for prosecution of the law enforcement officer, DCI will thereafter make the report available to the public,” the statement said.

Blake was reportedly left paralyzed from the waist down after the shooting, due to damage to his spinal cord. Famed attorney Ben Crump, who is representing Blake and his family, said it would take a “miracle” for him to walk again.