The child was stabbed multiple times with a kitchen knife, and died at a local hospital from her injuries. 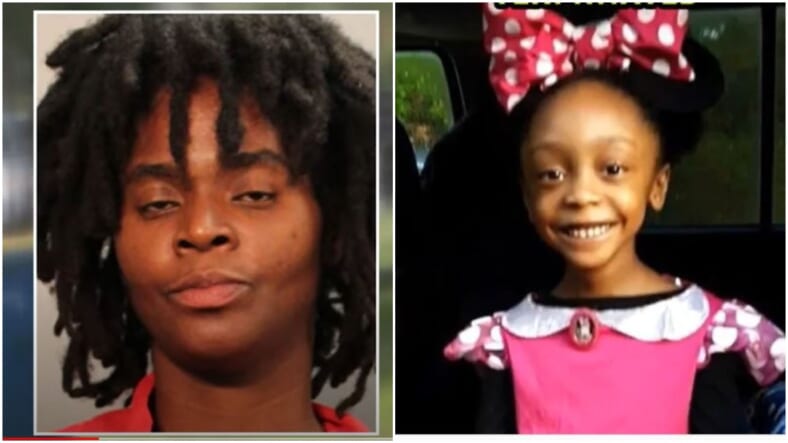 A Florida mother is behind bars and facing a second-degree murder charge after allegedly stabbing her 6-year-old daughter to death.

Purkanah Mayo, 36, is being held without bond for the August 19 killing of the child named Atarah.

DCF reported that Mayo’s parental rights were previously terminated and that she was visiting the child’s home at the time of the attack, according to PEOPLE. Six others were also in the home at the time, including another child who was not injured, the Jacksonville Sheriff’s Office said. That child is reportedly in the care of the Florida Department of Children and Families.

A GoFundMe campaign has been launched to help cover the Atarah’s funeral costs.

The organizer of the GoFundMe fundraiser, Paige Savitz, said: “I was blessed to have known Atarah. She was a bright young girl, with a contagious smile and a huge heart.”

She added: “Atarah lost her life tragically on August 19, 2020. I am raising money to help her family with funeral expenses and as a Memorial to Atarah. Please keep this family in your prayers.”

According to News4Jax, Atarah was stabbed multiple times with a kitchen knife. She died at a local hospital from her injuries.

Mayo allegedly stabbed herself with the same knife after killing her child. She spent several days in the hospital and was treated for the self-inflicted wounds. She was released on Friday.

“I let my kids play here. We’ve got a basketball hoop out front. We know most of the neighbors in the neighborhood,” said local Arlington resident Casandra Shuman of the killing. “Generally speaking, this is a really quiet neighborhood (with) much older people.”

When Mayo appeared in court on Saturday, she did not plead to the second-degree murder charge against her.

Police have not revealed a motive in the child’s slaying.