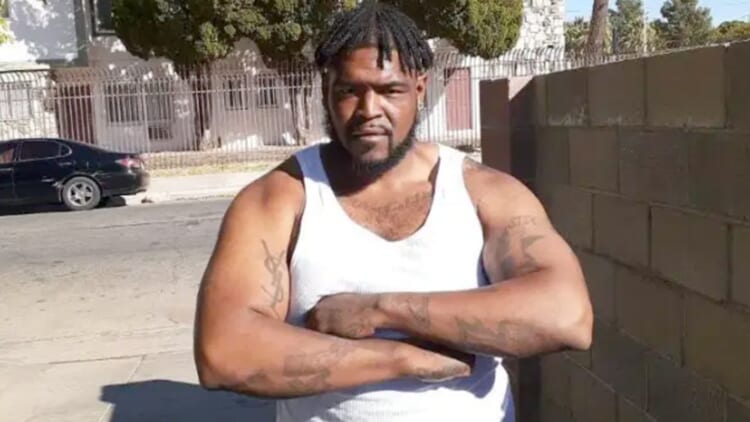 Protests over the shooting of Black men have happened almost daily in the past few months. Another one occurred in South Los Angeles on Monday after deputies fatally shot a Black man.

The latest shooting took place after two sheriff’s deputies witnessed Dijon Kizzee riding his bicycle in the area of Budlong Ave. and 110th and believed he was violating vehicle codes but didn’t specify which ones, according to KTLA-TV Channel 5. Sheriff’s Lt. Brandon Dean said that when the officers approached Kizzee, he abandoned his bike and fled on foot.

Dean stated there was an escalation as a pursuit took place that resulted in Kizzee reportedly being shot 20 times, though Dean said that number was inaccurate.

“Our suspect was holding some items of clothing in his hands, punched one of the officers in the face, and then dropped the items in his hands,” the lieutenant said. “The deputies noticed that inside the clothing items that he dropped was a black semi-automatic handgun.”

The Los Angeles County Sheriff’s Department declared Kizzee dead at the scene. He was identified by his family and Black Lives Matter Los Angeles.

Dean did confirm that Kizzee was shot several times but couldn’t yet say how many since “we have not been able to move the body yet as we were waiting for the coroner’s office.”

Dean also added that the investigation was still underway when he was asked why the deputies used deadly force. According to the Los Angeles Times, neither deputy was wearing a body camera, as the sheriff’s department has not yet distributed them to its officers.

“But if this individual was reaching for a semi-automatic handgun, I would suggest that, you know, that’s probably why deadly force was important,” Dean said.

Bystander video depicts Kizzee holding clothes in his hands and a woman yelling, “Don’t shoot him.”

The video also showed Kizzee laying on the ground while the deputies still had their service weapons trained on him.

“What are you doing?” and “How you gonna handcuff a dead man?” bystanders can be heard saying.

Protesters soon began to surround the area where Kizzee was shot, taking a knee behind the police tape, criticizing the officers and their actions.

“This is what America looks like,” “These racist cops have got to go” and “No justice, no peace,” they chanted.

Arlander Givens, 68, told The Los Angeles Times that he felt it was “open season” on African Americans and questioned why Kizzee was shot if he was on the ground. He also shared his fear of law enforcement.