Whoopi Goldberg says creating a new Disney attraction would be a good way to honor the late star. 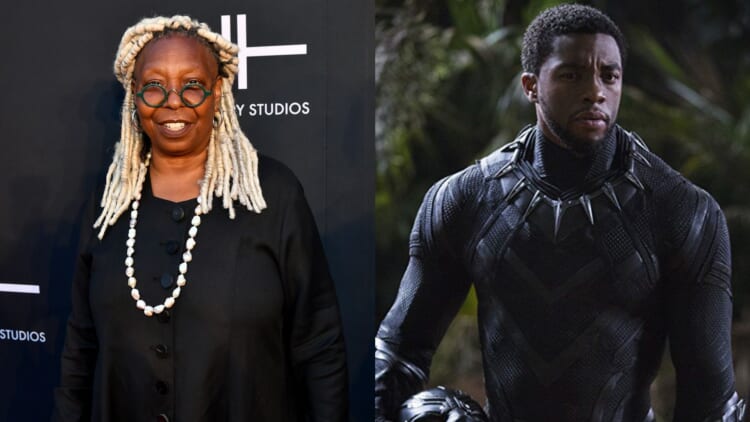 A Wakanda-themed section of a Disney park in the name of Chadwick Boseman is the perfect way to honor his legacy, according to Whoopi Goldberg.

Read More: Chadwick Boseman’s ’42’ to return to theaters as tribute to actor

The View co-host shared her desire for either or both Disneyland or Disney World to create a new area for the Black Panther franchise, modeled after Wakanda, in memory of Boseman. The actor brought the lead character T’Challa to life in the film as well as in other blockbuster hits in the Marvel Cinematic Universe.

“Dear people in charge of building NEW experiences [at] Disneyland and World, we don’t really need another Frozen land but what we could use is [Wakanda],” Goldberg posted to her Twitter account.

Goldberg’s idea to build an interactive Wakandan experience is just one of several ideas proposed by Boseman’s fans, family, and peers. An online petition calls for a Confederate monument in the actor’s hometown to be replaced by another in his image.

Creators of the petition hope the memorial in downtown Anderson, South Carolina can be moved to the local museum, and the empty space filled with art in Boseman’s honor if both his family and the community agree.

Read More: How do we reconcile Black Panther without our King Chadwick Boseman?

“The Confederate Monument belongs in a museum but has no right to be displayed there,” the petition reads. The goal was 50,000 signatures and 42,646 people have already signed it.

“I believe the community should come together to honor someone from Anderson, South Carolina, that was able to change the movie industry. He opened many doors for many young Black people with his leading roles in movies such as Black Panther or Marshall. It is only natural that his hometown honors what he did. There is no need for political controversy in this decision,” the petition’s organizer wrote.

As reported by theGrio, Chadwick Boseman died of colon cancer last Friday. He was 43.