Jason Michael Mesich told investigators he shot his wife after an argument in the garage over the couple’s lack of sex. 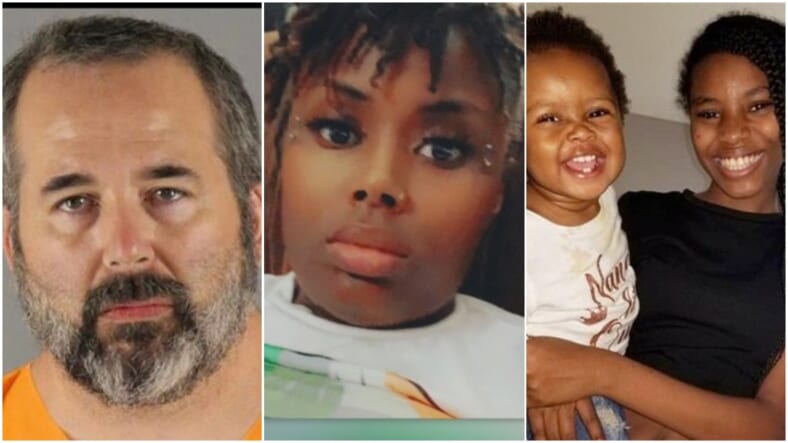 Two Minnesota sisters have a long road to recovery after being shot by their neighbor moments after he killed his wife.

Jason Michael Mesich, 48, reportedly told investigators he shot his wife after an argument in the garage over the couple’s lack of sex. He then shot his two neighbors in their front yard — 12-year-old Makayla Saulter-Outlaw and her 29-year-old sister Canisha Saulter, CBS Minnesota reports.

The mother of the sisters told investigators that Mesich came out of nowhere while the family was packing up a moving truck on the afternoon of August 30 and opened fire, hitting the sisters several times.

Makayla was shot in the head as she shielded her 1-year-old niece from Mesich. She is reportedly in critical condition and heavily sedated. The baby was not injured. Canisha was shot several times in the legs and left hip, and is in serious condition. The family says she will need physical therapy to learn how to walk again.

Read More: After losing siblings to police violence, women join forces in Sisters Of The Movement

Officers were called to the Mesich home on reports of several gunshots on Sunday afternoon. That’s when they found the shooter’s wife, Angela, dead in the detached garage. She had been shot “several times in the neck and upper torso.”

Mesich reportedly barricaded himself in the basement when the cops arrived. He was taken into custody after a standoff with police, during which he fired 40 rounds before surrendering to officers.

When asked about shooting the sisters, Mesich said they were not “good neighbors,” and that “he hated all children.”

He also reportedly told investigators that he shot the sisters because he suspected they saw him kill his wife.

“My sister said the same thing of, ‘You know, we heard them but we ain’t used to hearing shots so we’re thinking fireworks,’” Westbrook said. Moments later, the family saw Mesich outside firing at them.

He is currently in the Hennepin County Jail on three 2nd-degree murder charges for the death of his wife, and for shooting two sisters. He faces up to 80 years in prison if convicted.

A GoFundMe has been set up to help the sisters’ family cover their medical costs.