‘I've been here for fifteen years and nothing like this has ever happened.’ 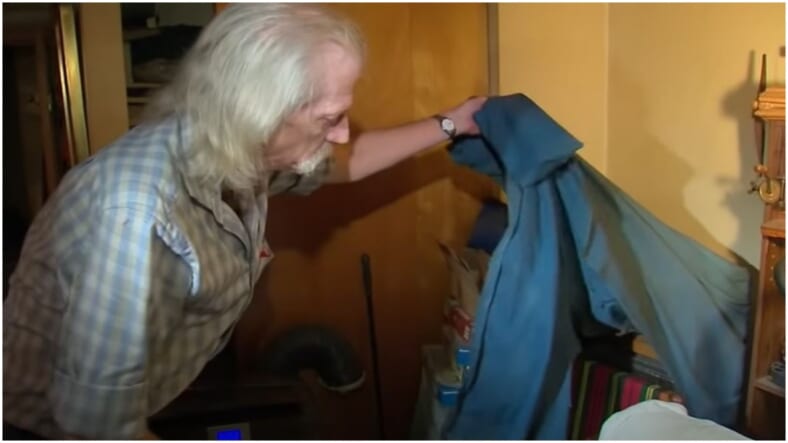 A 19-year-old federal inmate in Brooklyn is back in custody after police found him hiding under a sheet in a man’s living room following a daring escape.

Police say Jhonny Soto was arrested in Queens on Monday for possessing an illegal firearm that had the manufacturer’s serial number removed. FBI agents were transporting him to the Metropolitan Detention Center in Brooklyn on Wednesday when he managed to give them the slip, setting off an hours-long manhunt, ABC7 reports.

Law enforcement put the neighborhood near Fourth Avenue in Sunset Park on alert to keep an eye out for Soto.

Local resident Stephanie Tatsis told reporters that when she spotted the fugitive with his hands still shackled in her mother-in-law’s back yard, she chased him off with a meat cleaver and called 911.

“He was already on our porch, so I grabbed the meat cleaver and I chased him off the house,” Stefanie Tatsis said, CBS New York reports. “He jumped over and he started doing his jumping over each yard to try to find his escape.”

Tatsis added, “He definitely looked like he was up to no good.”

Hours later, 62-year-old Terry Pierson noticed an “odd lump” underneath a sheet over his weaving loom.

“I grabbed my flashlight, moved the sheet and there’s a face looking back at me. He’s been sitting behind my chair for three hours,” Pierson told reporters. “I went running that way for the police that I knew were in the backyard, hollering, ‘He’s in there, he’s in there.’”

Police rushed in and apprehended Soto.

The FBI confirmed that he is back in custody.

Pierson believes Soto gained access to his home by breaking a screen door in the back of the house.

“I’ve been here for fifteen years and nothing like this has ever happened,” he said.