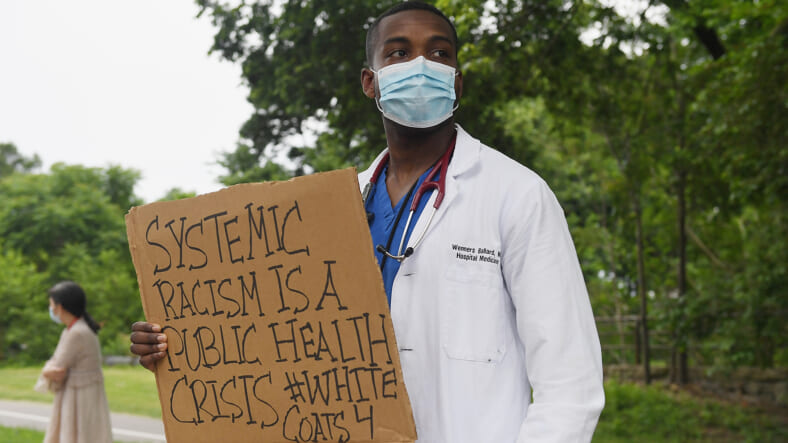 Several hundred doctors, nurses and medical professionals come together to protest against police brutality and the death of George Floyd at Barnes-Jewish Hospital on June 5, 2020 in St Louis, Missouri. (Photo by Michael B. Thomas/Getty Images)

The past few months have seen an outpouring of demands for change and an end to structural and systemic racism that has been emblematic of our nation for far too long. But even as we work collectively on issues like police brutality and income inequality, we can’t turn our attention away from another form of injustice – inequality in health care and patient outcomes.

Dr. Martin Luther King, Jr. once said that, “Of all the forms of inequality, injustice in health care is the most shocking and inhuman because it often results in physical death.” More than fifty years after he spoke those words, discrimination in the form of explicit bias, and unintentional bias, remains a stark reality for millions of Americans who need health care.

It’s well-known that there is persistent and even deadly inequality in health outcomes across racial, ethnic, and other immutable lines. It is driven by a lack of access to affordable and quality care, higher rates of chronic diseases like diabetes or heart disease, nutrition, and much more. The result is that vulnerable groups, and particularly communities of color, like Black Americans and Latinos, experience higher rates of chronic disease, higher risks of transmissible disease like HIV/AIDS, and lower life expectancy.

These structural inequities are tragic and unacceptable on their own, but it is actually worse than that. Study after study has shown that health outcomes for certain populations are linked to unconscious biases held by the providers who care for them.

To take just a few examples, a recent study found that Black newborns died at a nearly three times higher rate when cared for by a White doctor compared to a Black doctor. Black patients are less likely to receive pain treatment, and a disturbing number of doctors have indicated they believe false and racist myths about Black individuals having higher pain tolerance or thicker skin than Whites.

That’s why for the last four months, I have worked with health care experts, civil rights advocates, and other stakeholders on new legislation we’re proud to introduce: the Equal Health Care for All Act. This bill takes an ambitious, civil rights approach to equity in health care, placing a new and explicit duty on providers to eliminate and attack bias throughout the health care system.

This legislation would, for the first time, create a clear and enforceable standard for equality in health care. It would establish a new regulatory process to receive and investigate complaints about inequitable care on the basis of race, ethnicity, gender, sexual orientation, or other characteristics, and create an explicit right of action for someone who suffered an injury to seek redress in the courts. It would also explicitly authorize the Department of Justice to investigate health care providers with a pattern of discrimination in the healthcare provided to patients, and to force corrective action.

And it would put serious federal dollars behind these systemic changes by providing new assistance and incentives for healthcare providers to meet the duty of equal care for all. The bill creates a new grant program, with a preference for hospitals that serve disadvantaged populations, to pay for training and reforms to promote equal care. And it would include equal health care as a metric that can result in increased incentive payments to hospitals.

These reforms and changes won’t happen overnight, but we must begin now.

In drafting this legislation, one particular story has stayed with me. It was relayed by an Emergency Room physician on her Twitter feed, about treating a Black patient who had been terribly injured in a car accident. As she came to the waiting room to update his terrified family, she found his loved ones telling her not about this man’s medical history, but that he was well-educated, that he had a good job, and that he had a family. In other words, this man’s family felt they needed to communicate to this doctor that his was a life worth saving.

Every life is worth saving. Doctors and nurses work valiantly every hour of every day to save lives, as we have seen throughout the coronavirus pandemic. But we must take pains to ensure that the care provided to patients is never influenced by bias, whether intentional or subconscious. America is still falling short of that standard, and until we meet it, we must work every day to make equitable healthcare a reality. 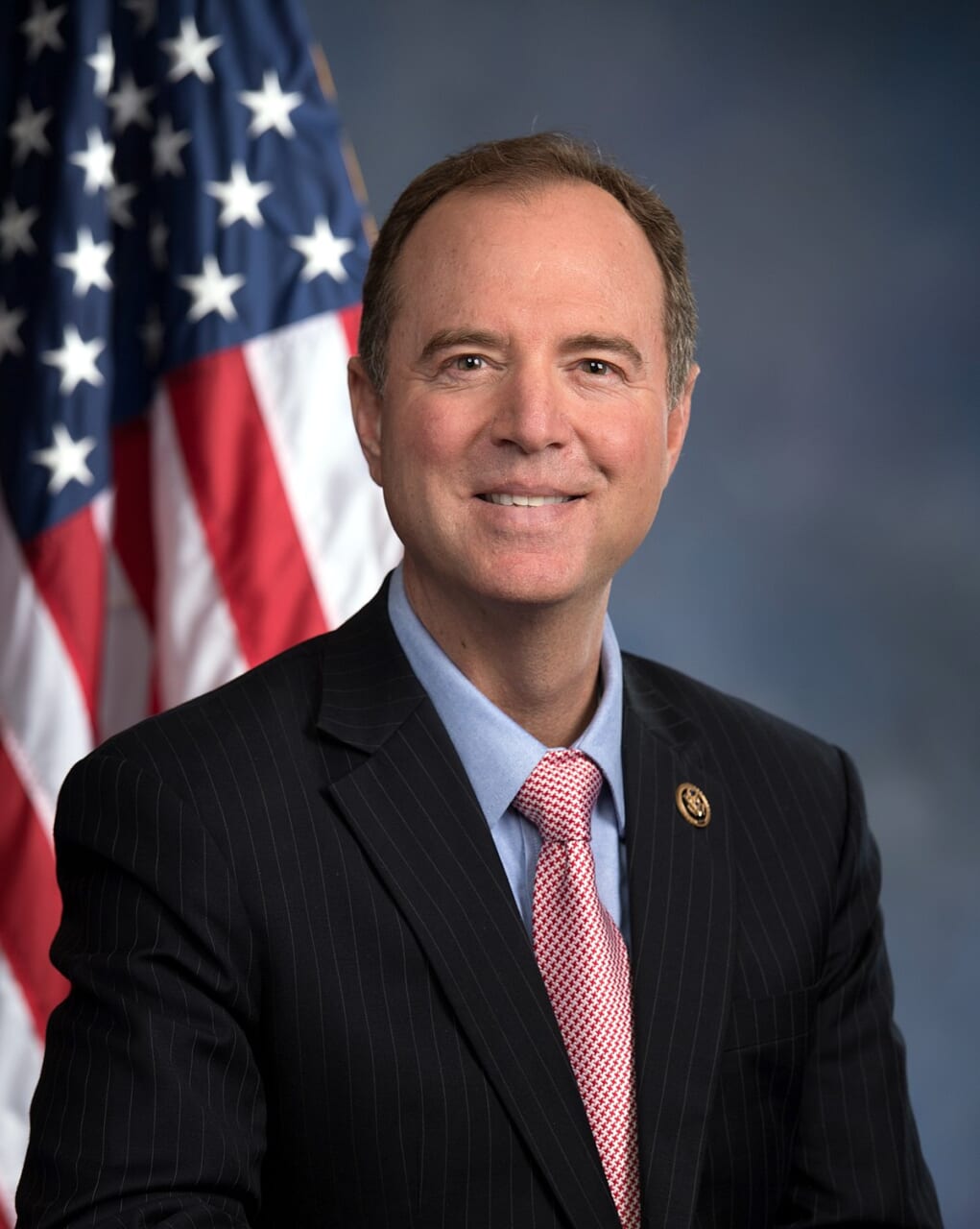