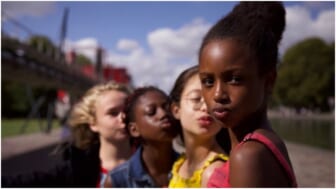 On Tuesday, a grand jury in Tyler County, Texas charged the streaming giant for the “promotion of lewd visual material depicting a child,” saying Cuties has “no literary, artistic, political, or scientific value,” according to a copy of the indictment obtained by CNN.

The story centers on 11-year-old Senegalese immigrant Amy (Fathia Youssouf), who is living in Paris and finds escape from her conservative Muslim upbringing by joining a dance group that wants to go viral on the internet.

The poster Netflix chose to announce the film’s U.S. release back in August finds the young stars in suggestive costumes and provocative poses. The imagery sparked furious backlash across social media, with many accusing director Maïmouna Doucouré of promoting child pedophilia and sexualizing underage girls. Doucouré also received death threats over the film.

Netflix has defended Cuties (also known by its original French title Mignonnes) and apologized to the filmmaker over the controversial artwork. The company most recently rejected the assertions in the indictment.

“Cuties is a social commentary against the sexualization of young children,” a spokesperson for Netflix said in a statement to CNN. “This charge is without merit and we stand by the film.”

Lucas Babin, a Tyler County district attorney, said in a statement, “the legislators of this state believe promoting certain lewd material of children has destructive consequences. If such material is distributed on a grand scale, isn’t the need to prosecute more, not less? A grand jury in Tyler county found probable cause for this felony, and my job is to uphold the laws of this State and see that justice is done.”

theGRIO previously reproted, a review by The New Yorker suggested the film is the target of a “right-wing campaign.”

“The subject of ‘Cuties’ isn’t twerking; it’s children, especially poor and nonwhite children, who are deprived of the resources — the education, the emotional support, the open family discussion — to put sexualized media and pop culture into perspective,” wrote reviewer Richard Brody.

In a statement to Variety last month, Netflix called the movie a “powerful story about the pressure young girls face on social media and from society more generally growing up.”

Cuties has been praised by film critics and earned Doucouré an award for directing at the Sundance Film Festival in January.

“My aesthetic take, aesthetic perspective is to hold a mirror in front of the world so that we as adults are able to see what we have created, what is our responsibility towards our children, in the way we have brought them up,” Doucouré told Slate in an interview.