Ice Cube and his willfully ignorant and dangerous call to action

OPINION: O’Shea Jackson, though his efforts are noble, is ignorant, arrogant, paternalistic, and dangerous as it relates to political discourse 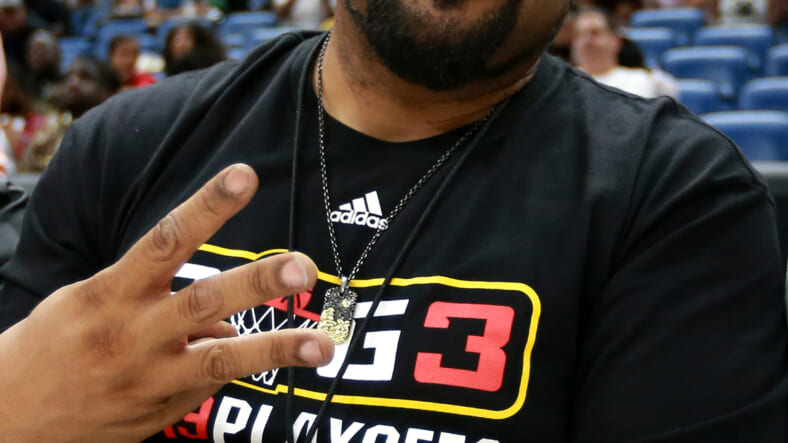 I already am anticipating the vitriol I’m sure to receive for my thoughts on this topic from Hoteps, the “Woke Crew,” the “You hate Black men” trolls, and the “bUt ThE deMOcRaTs” brood alike. However, considering just yesterday I had to block (after unleashing a profanity-laced tirade), a [former] friend of nearly 20 years on Facebook for caping for Ice Cube on my timeline — screw it.

O’Shea Jackson, though his efforts are noble, is ignorant, arrogant, paternalistic, and dangerous. As a dear friend of mine texted me just today, he “hit the ground running instead of hitting the ground reading.”

While I understand that the pandemic warps recollections, let’s stroll down memory lane, shall we?

Moved by the public lynching of George Floyd this summer, O’Shea decided to get involved with politics and even went so far as to unveil his very own “Contract With Black America,” which many Black folks (mainly men) supported vigorously. I was unsurprised by this fervor of support of the contract by Black men, mainly because an in-depth reading of the document reveals that, at its core, it centers Black men.

When Black women pointed out that we were conspicuously being left out of this contract — because, let’s be clear — we need specificity when dealing with Black men, O’Shea had no answers.

Now, let’s pull over and park here for a second if any of you are confused. I’m certain a number of people will tell me that the contract is to be “interpreted” as applying to all Black people. Let me say this plainly, as I chuckle — f–k all that.

We have seen firsthand that, too often, Black men in their quest for proximity to white men’s power will leave Black women in the dust to fend for ourselves. It’s why the #SayHerName movement was created — which, while we’re on the subject, we as a collective need to refrain from using #SayHisName. #SayHerName was created in 2015 specifically because the narrative of Black Lives Matter was centered on Black men and boys as the primary victims of police brutality and killings when Black women, transwomen, and girls are also members of this unfortunate club. “Say His Name” is a direct co-opting of a movement created for the sole purpose of finally acknowledging and honoring Black women, transwomen, and girls who, too, have been lost to atrocities by the hands of law enforcement.

But, I digress. Many questioned exactly who was included in the Black America O’Shea claimed to advocate for. Many of us drew attention to the scarcity of the contract — there were a lot of fancy dressings, but no meat and potatoes. We highlighted the lack of focus on actual policy (probably because the guy who rapped “No Vaseline” has zero experience with actual policymaking, yet had enough egotism to put out this plan without consulting with actual policymakers. Granted, in a world where a reality star is the President, I can see why we’d ignore that fact). We shared with O’Shea, ad nauseam, that many of the demands presented in his contract were already in place and/or had long been advocated for by people who have spent years, if not decades, on these policies.

When O’Shea claimed neither candidate had presented a plan for Black America in the upcoming election, those of us with brains stared in collective confusion at the plan that had been on Joe Biden’s website since February. Even the incredibly knowledgeable and talented April D. Ryan schooled O’Shea on the fact that many of the things he demanded were already in Biden’s plan — a plan he did not even deign to read. In fact, in an interview on Thursday with radio station V-103’s The Morning Culture show, O’Shea acknowledged that the Biden-Harris plan was already presented months before his contract, but he “felt like their plan really didn’t go far enough.”

He bristled at the fact that the Democratic party wasn’t “all over him” when he put out his plan. He even questioned why no Black politicians had ever made such demands on behalf of Black America, as though the Congressional Black Caucus has never existed. As though Black women, especially, have not been at the forefront of the Democratic party making the strides we have made.

The hubris (and willful obtuseness) is astounding.

First of all, I would love for someone to explain to me what secret Black people meeting, email blast, or text thread I missed when we collectively decided that Ice Cube was going to speak for us all. As a matter of fact, when did we decide this about T.I. and Killer Mike, the other czars of Black folks we seem to have chosen?

Instead of simply throwing out a number a la Trump, making empty promises and discussing a plan that they already worked on, fleshed out, and presented comprehensively, the Democratic party committed to meeting with the hip-hop mogul after the election. I am unclear why less than three weeks before the election — when millions of people are already voting — this was an affront to O’Shea.

Ice Cube’s rhetoric (specifically because it comes at the 11th hour and actively advocates for Black people to hold their vote hostage unless demands are met) is dangerous. I understand the sentiment and I agree that we as a Black collective need to receive tangible returns on our voting investments. But, where was O’Shea in 2016? Where was he during the midterm elections? Hell, where was he earlier this year pre-pandemic?

He was enjoying his multi-millionaire lifestyle comfortably benefitting economically from the policies of the Trump administration while those of us who lack millions and billions of dollars have suffered. It is easy for O’Shea to advocate for holding our votes hostage because, win or lose, the policies of this administration won’t have any direct impact on his life. Yet, he expects us to play a game of chicken with the election process, while the administration is actively trying to make us poorer, stupider, and happy about it.

Though having four years to present an agenda for Black America, Trump’s “Platinum Plan,” which O’Shea conveniently neglected to mention he worked on when approached by the Trump campaign, comes right before Election Day. O’Shea even went so far as to double down, insisting that “Black progress is a bipartisan issue” and offered that as his reasoning for assisting the Trump campaign. I cannot help but wonder how that same mindset worked out for the likes of Steve Harvey. That we’re suddenly supposed to take the Trump administration at their word is baffling.

It’s also not lost upon me the very real connection to the Trump administration that O’Shea had prior to his racial awakening. While I choose not to don my tinfoil hat often, considering his real connection to Steve Bannon via his 3-on-3 basketball league, I think I’ll dust mine off.

In the meantime, support O’Shea Jackson if you like; however, for me, I won’t pretend as though he is suddenly the savior of Black progress.