EXCLUSIVE: African Americans comprise 13 percent of Americans but represent only 5 percent of US physicians. That needs to change.

African Americans comprise 13% of the American population but represent only 5 percent of U.S. physicians. That needs to change and Dr. Oz agrees.

The Dr. Oz Show is launching the #MoreBlackDoctors campaign, an enrichment program that aims to support and advocate for more diversity in medicine and combat racial bias by providing free monthly webinars and scholarship awards.

The scholarship, which can be used toward any educational cost, is a way to empower Black medical students by mitigating the financial burden they often experience.

The Need For Black Doctors

One thing is clear: We need more Black doctors to reduce racial gaps in medical outcomes.

Research has proven that there is no better way to provide culturally competent care than to diversify the health care workforce, but this can be a tall task given the obstacles in front of would-be Black doctors including financial constraints, insufficient exposure to medicine as a career, lack of mentorship, and health care work environments that are unwelcoming, and at times, downright discriminatory to Black health care providers.

These factors contribute to racial disparities in the physician workforce for African Americans, underscoring the importance of programs like the #MoreBlackDoctors campaign.

“I want to make sure that I’m using my platform not only to raise awareness on issues such as racial bias in hospitals or how COVID-19 disproportionately affects Black and Latino communities, but also to do something that can continue to have an impact in years to come.”

The #MoreBlackDoctors campaign and the Diversity in Medicine Scholarship Award are an extension of HealthCorps, a nonprofit organization founded by Dr. Oz in 2003 which aims to eliminate health inequity in at-risk communities by educating and empowering students.

The first-ever $10,000 scholarship awarded to Michelle Walls, a second-year medical student at the Michigan State University College of Human Medicine, is the first of many that will be awarded throughout the year.

Michelle’s journey to medical school has been nothing short of remarkable. Michelle lost her father at 6 years old and found herself in foster care by 9 years old due to her mother’s struggles with severe mental illness. She would live in three different foster homes from age 9 to 18, but remained an honor roll student.

“I knew that education was a route to success,” Michelle said. “But as a foster child, college would be difficult to pay for so I relentlessly sought resources and mentors.”

Michelle was accepted to Michigan State University, where she quickly realized that paying for college was the first of many hurdles. Faced with seemingly insurmountable odds, Michelle focused on what she could control. She applied for scholarships, volunteered, and focused on improving her physical health. Her personal battle with obesity piqued her interest in healthy eating and exercise.

In 2018, she started Lifestyle Fitness Empowerment INC. (Life INC), a nonprofit organization that promotes practical lifestyle fitness practices in underserved communities. She also applied to medical school to fulfill her dream of becoming a doctor, where she uses her story to help inspire others to realize their potential.

When asked how this scholarship would help her provide culturally competent care, Michelle responded that these funds would open up more opportunities to promote health-positive behaviors as a primary prevention strategy against disease.

Increasing the Number of Black Doctors

In recent years, special attention has been given to the shortage of Black men in medicine. Even with efforts to increase the number of minority ethnic groups in science and medicine, the proportion of Black men pursuing and obtaining degrees in these fields has reached a historic low.

In 1986, 57 percent of Black medical school graduates were men — but by 2015 that number had dropped to just 35 percent, even as the total number of Black graduates in all fields had increased. And that downward trend is expected to continue. In fact, fewer Black men entered medical school in 2014 than in 1978.

According to a 2018 report released by the National Academies of Sciences, Engineering and Medicine and the Cobb Institute — a nonprofit organization that works to eliminate health disparities among racial and ethnic groups and racism in medicine — more African-American students attend medical schools today compared with 30 years ago, but the increase is due to greater numbers of Black women training to be physicians.

The proportion of men among African-American medical students decreased by more than 38 percent over the same period.

With growing vaccine hesitancy in Black communities, especially among Black men, it is important to support a generation of healthcare professionals who will connect with this historically marginalized population. Recent research conducted in 20 Oakland barbershops found that men who were reluctant to have preventative services done in the beginning were more likely to change their minds after talking to a Black doctor.

This is meaningful because research has found that Black men are more likely to distrust the U.S. healthcare system than white men, resulting in delays in accessing preventive services and worse outcomes.

Black doctors are also more likely to practice in underserved communities and recent research shows that Black women who are cared for by Black doctors have lower infant mortality and maternal mortality rates.

With all that we know, we must support programs like the #MoreBlackDoctors campaign, not only for its contribution to achieving equity in healthcare but also for its promise in helping us to bridge gaps between the Black community and modern medicine. 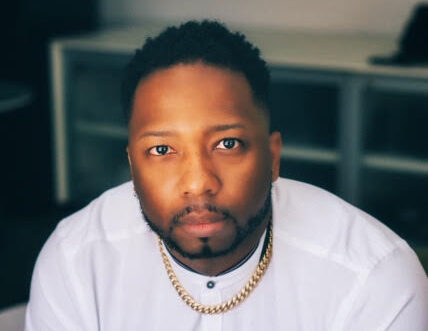