Sister Cities Project is a nonprofit organization founded by Shawn McClondon after last year’s killing of George Floyd, and the demonstrations and protests against police brutality that followed.

Sister Cities Project was created to form partnerships between underserved minority communities and affluent communities, and between white and Black people in order to build new relationships and deepen cultural understanding between them. McClondon, 45, believes that forming these partnerships will be the catalyst to help end racial inequality, according to Encinitas Advocate.

“As I was listening to the national conversation about how to address the racial inequality in America, I noticed that most conversations centered around policy changes to address systemic racism and ending racism in general,” McClondon said.

“Although both things are very important, drawing on my experience with living in both predominantly Black areas and white areas, it dawned on me that there was something else that was equally important: Black and White people just don’t have a great relationship. It is that simple. And I knew that we needed to start improving that relationship. Since then, the concept of Sister Cities Project began to evolve,” he continued.

The growth of the project has included a San Diego Black Women Entrepreneurial Summit, featuring prominent Black female entrepreneurs who share their experience and expertise in a series of panel discussions online (the third part in this four-part series will take place at noon on Jan. 20) 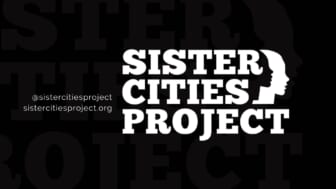 Some may argue that it isn’t the responsibility of Black people, and other marginalized groups of people, to initiate fixing oppressive systems like structural and individual racism, but McClondon disagrees.

“When I decided to engage people on this topic, I didn’t feel that it was laborious. I was excited and inspired. To me, it was just having tough, uncomfortable conversations that need to be had. I felt it was my responsibility, given the unique situation that I found myself in, being a Black man in a predominantly White community,” McClondon told Encinitas Advocate.

“I think it is everyone’s responsibility to help end systems of oppression because it’s simply wrong and it affects everyone,” McClondon continued.

“That is the exact reason I started Sister Cities Project because it all starts with understanding. Some people believe that we don’t have an oppressive system and that’s because they have no understanding of what Black people go through within the system. Some people will never understand without directly engaging the people that it affects. So, someone has to do it. I wouldn’t say it’s for everyone and I don’t blame people that do feel like it’s not the place of marginalized groups to be the initiators.”