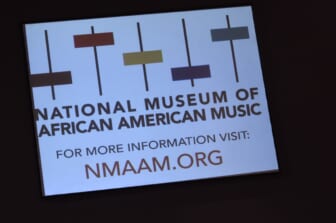 A scholarship program and a new exhibit dedicated to Black music executives has been included in the mission at the National Museum of African American Music (NMAAM), thanks to a partnership with Sony Music Group (SMG).

The announcement of the partnership comes days ahead of the January 18 ribbon-cutting at the museum, located in downtown Nashville.

Read More: Hip-hop museum and ‘All In’ director get together to get out the vote

According to a press release, SMG is the first music company to pledge its support of the museum’s mission. The announcement follows the museum’s recent acceptance of a $1 million donation from Amazon.

The Sony Music Scholars Black Music Certification Program and Scholarship plans to “introduce students to the music industry through the lens of African American history and culture,” per the press release, and will partner with the museum on a curriculum, course and certification.

SMG is also sponsoring the museum’s “Business Behind the Music” exhibit at launch, spotlighting Black music executives, record labels and publishers that have played a significant role in American history.

“We’re thrilled to partner with Sony Music Group to grow the museum and invest in the Nashville community,” said H. Beecher Hicks III, president/CEO of NMAAM. “Sony Music’s partnership helps us tell the unique story of Black music executives and also looks to the future to help create the next generation of leaders in music.”

The museum’s ribbon cutting takes place Monday at the museum’s entrance at the corner of Broadway and Fifth Avenue.

NMAAM members will be able to tour the museum during “Members Preview Weekend” on January 23 and 24. The museum opens to the public on Saturday, January 30, with tours running on Saturdays and Sundays from 11 a.m. to 6 p.m.