EXCLUSIVE: After fighting off misinformation and threats over confusion about his organization, CEO of Robin Hood Wes Moore is on a mission to end the racial wealth gap 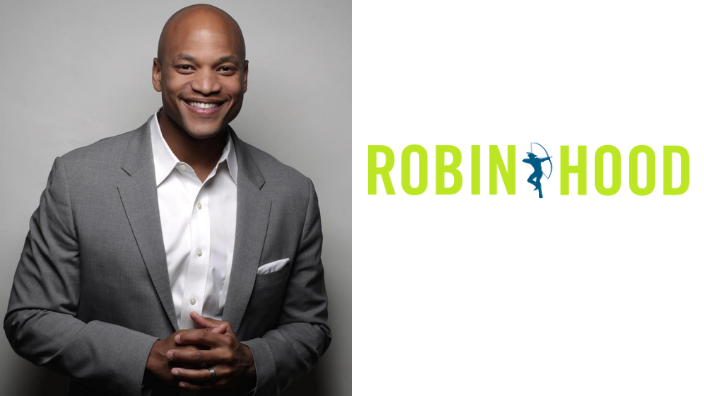 Since the controversy surrounding the inflation of GameStop stocks, the financial world has been in damage control mode trying to grapple with scandals at Robinhood. But, while scorned investors sought answers from the financial services company, they began to stumble upon an anti-poverty organization with the same name — Robin Hood.

For over 30 years, Robin Hood has partnered with more than 250 nonprofits to support food, housing, education, legal services, and workforce development for New Yorkers living in poverty across all five boroughs.

Now the CEO of the nonprofit, Wes Moore, is speaking out to make a distinction between his organization and the trading app.

“That level of confusion, a level of misinformation and truthfully, the threats that came along with it, was something that helped me to realize that we are dealing with a much bigger challenge than we might anticipate,” Moore tells theGrio.

Following days of threats and mistaken identity, Moore and his team sought to clear up the confusion and raise awareness of the philanthropic work of Robin Hood and the organization’s focus on closing the racial wealth gap during the pandemic.

When the COVID-19 first hit the United States, Robin Hood allocated more than $67 million from its relief fund, and immediately began distributing capital to its target populations. The launch of this relief fund marked the third time in the organization’s history when such emergency aid at this scale was needed.

“It focused on survival services like food pantries and health clinics and mental health programs, eviction prevention services, and also importantly, just getting cash into the hands of people who needed it most,” said Moore.

“That included families who lost the breadwinner due to COVID-19 and people who were left out of any form of federal or state intervention plans — people who are undocumented, people who were part of mixed-status households, people who were working but not making enough money to go above the income filing threshold.”

While the work Moore and Robin Hood have championed for years has become a lifeline to families in the New York metro area since the onset of the pandemic, the organization has also broadened its reach to offer the country at large a roadmap on how to eradicate poverty.

On Feb. 24 and 25, Robin Hood is hosting its annual national conference virtually — No City Limits: Reimagining the Poverty Fight — that will convene the nation’s leading voices across the nonprofit, philanthropic, governmental, academic, faith, and business sectors to have action-oriented conversations on increasing economic mobility from poverty.

Robin Hood granted theGrio an exclusive preview with one of the event’s key speakers, Darrick Hamilton, professor of economics and policy and director of the Institute on Race and Political Economy at the New School.

In the interview, Hamilton described the flaws he saw in elected officials’ approaches to addressing poverty during the pandemic. He thinks they’re more focused on managing the issue but still need a push to invoke bold policies that tackle root causes of poverty and subsequently end it.

As President Biden signed an executive order on advancing racial equity he said, “We’ve lost sight of what President Kennedy told us when he said, ‘A rising tide lifts all boats.’ And when we lift each other up, we’re all lifted up.”

Hamilton contends this analogy fails to advance the discourse on poverty beyond neoliberalist policies that continue a legacy of economic inequality.

“To me it sounds too close to trickle-down economics, that if we raise the tide, all the boats are going to be lifted,” said Hamilton.

Hamilton proposes granting each American the right to capital at birth through a “baby bond” to take on poverty with a new lens using a more holistic approach. This approach would look like reverse social security and ensure that everyone at birth has capital that could be utilized when they become a young adult and access an asset that provides them security over their lifetime.

“We should think of investments and people not as deficits, but rather just that investments in America’s most treasured resource, which is its people, and that will pay dividends well beyond the individual, but to our society at large,” said Hamilton. “We worry about deficits when it comes to — and this is ironic and problematic — protecting our most precious resource, which is its people.”

Hamilton will join a distinguished panel featuring Mehrsa Baradaran, author of “The Color of Money: Black Banks and the Racial Wealth Gap,” to discuss the systemic roots of the racial wealth gap and concrete solutions to eliminate it. For more on the evolving issue of poverty and how the nation’s top economic thought leaders are recommending to end economic disparities, visit Robinhood.org to register for the event. 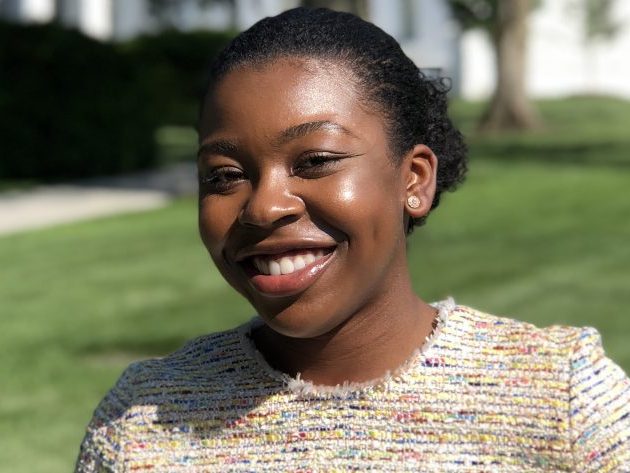 Jessica A. Floyd is a political producer and correspondent for TheGrio whose reporting has been featured on HuffPost, POLITICO, CNBC, Federal Times, EBONY and several other national news outlets. Her focus has been national domestic policy and the intersection of race and politics. You can follow her on Twitter at @JessAFloyd and Instagram @Jessica.A.Floyd