Why is the city of Detroit countersuing protesters after violent encounters with police?

OPINION: Nakia Wallace calls for accountability from Detroit officials after she and others encountered violence from police following the fatal shooting of Hakim Littleton 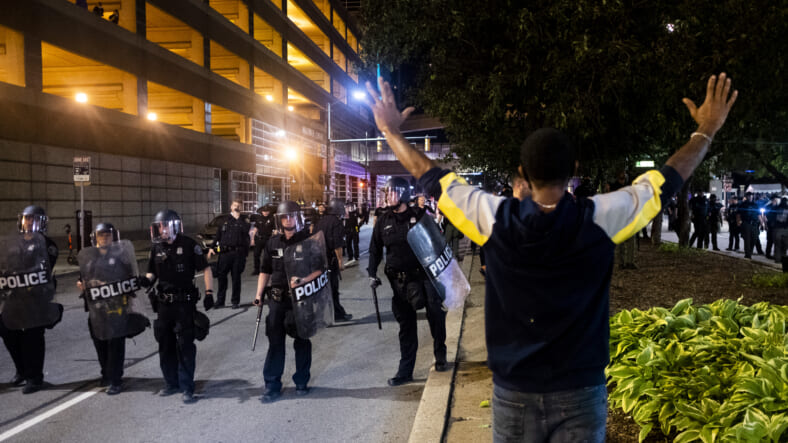 Protesters and Detroit Riot Police officers engage in an escalating series of confrontations in Downtown Detroit following a day of protests for the death of George Floyd on May 29, 2020 in Detroit, Michigan. (Photo by Matthew Hatcher/Getty Images)

A photograph of me placed in a chokehold by a Detroit police officer went viral. The chokehold occurred on July 10 at a protest held after the Detroit Police Department murdered Hakim Littleton, a 20-year-old Black man.

Police Chief James Craig quickly released an edited video showing Hakim firing at an officer as justification for this murder. The doctored video also shows Hakim being detained and the weapon kicked from his side before he was shot, execution-style in the head.

The protest on that day had three simple demands: 1. The release of names, badge numbers and records of all officers involved; 2. Police Chief Craig coming to address the crowd; and 3. Release of all dash and body camera footage.

Instead of meeting our demands, Craig decided to do what he had been doing all summer; assault and attack protesters and single out Detroit Will Breathe (DWB) leaders.

The violence of this day was not new. DPD began last summer using excessive force, which led to many injuries including skull fractures from rubber bullets and broken bones. On June 28, DPD officers drove into marchers with their SUV’s, even dragging a protest leader for nearly a block at high speed on the hood of the car.

WARNING: The below video contains police violence and could be triggering for viewers.

As the summer progressed so did DPD’s attempts to bully, harass, assault and discredit the movement. On August 22, DPD again brutality attacked protest demonstrators in the middle of Woodward Avenue leading to the broken rib of a medic and other serious injuries.

These attacks have been a clear attempt to destroy the movement. DPD is a department where an overwhelming majority of officers do not live in the city of Detroit. The Police chief is a regular on Fox News and has aligned himself with the Trump administration, even giving a private helicopter ride to then-U.S. Attorney General William Barr this past summer.

Detroit Will Breathe (DWB) is an organization founded after the murder of George Floyd. We led the majority of the protests in Detroit last year and have become the target of Mayor Mike Duggan and Police Chief James Craig’s attacks. One of the major demands of the movement has been for accountability of police departments who, too often operate with impunity.

The violent actions of the Detroit Police Department with the approval of the mayor’s office led us to file a lawsuit against the city, mayor, police department, police chief and individual officers for police brutality. The lawsuit has 15 plaintiffs, including DWB and myself. The purpose of this lawsuit was to further hold the police and mayor accountable for the harm and abuses they caused.

The response by the city was to pretend that none of the abuses occurred, even claiming I was never placed in a chokehold and filing a counterclaim. Fortunately, Judge Laurie Michelson issued a temporary restraining order, which later turned into injunctive relief restricting DPD from utilizing some of their abusive tactics on protesters.

It is completely unprecedented for a city to countersue victims of police brutality, in fact, it has never been done before in the city of Detroit. Worse still is their request for $200,000 of taxpayer money to hire a private law firm to handle the counterclaim. On Jan. 26, 2021 the Detroit City Council voted to approve this request despite the recommendations of the Internal Operations Standing Committee, Congresswoman Rashida Tlaib and 40 callers demanding the council to deny the request.

Detroit is rooted in the Black radical tradition. It is the Blackest city in the nation and has always been central to the fight for Black liberation. After the murder of George Floyd, Detroit, like most urban cities in the nation saw thousands of people come out to participate in the largest social movement in the history of the United States. Instead of hearing the voices of this movement, this Democratic-led city has aligned itself with right-wing tactics and policies, continuing to act in the worst interest of its citizens.

Lawrence Garcia is the corporation counsel on behalf of the city of Detroit. Last year, he was paid a salary of $162,000. Yet he, along with his team, are claiming they are ill equipped to handle a police brutality lawsuit, and require the help of the private firm, Clark Hill PLC, to pursue a baseless counterclaim.

On the same day that the city council approved these funds, earlier in the morning, 238 cases were dropped by the city against protesters because the police failed to provide adequate evidence in the cases including the names of arresting officers and bodycam footage. This occurred two weeks after Judge Williams of the 36th district court dismissed 28 of the protest cases for the same reasons.

Despite owing homeowners $600 million from illegally over-taxing them, the city is using public funds to trample on free speech. Despite a global pandemic — which disproportionately impacts Black and Brown people — the city is using tax dollars to fund political persecution. They have proven they are instead more concerned with silencing dissent and punishing those of us who continue to boldly and unapologetically fight for our freedom.

It should be noted that no arrests have been made of the right-wing extremists who used physical intimidation as they beat on the windows of TCF Convention center to disrupt and intimidate mostly Black election workers in an attempt to subvert democracy. Instead, James Craig took the opportunity to hold a press conference and state the only danger to the city was Black Lives Matter protesters and Detroit Will Breathe.

There have also been no arrests by state authorities or the Lansing Police Department of Trump supporters who violently stormed the Michigan State Capital. This complacency toward fascism and extreme persecution of freedom fighters is what led to Michigan’s hostile climate in which a threat to kidnap the governor was concocted. It is also what paved the way for the storming of the U.S. Capital.

I am delighted that over 250 charges have been dropped or dismissed but all of the charges and the counterclaim need to be withdrawn. I am more proud everyday to be a leader in the fight against oppression and systematic racism.

Long ago, I and others grew exhausted with the leadership of this city and country.  Their failures to value our lives and stand up in defense of our rights is why we exist, why we march in spite of police brutality, political witch hunts, and the weight of our own city, state and federal governments attempting to destroy us. We will not be silenced now or ever. We will not be bullied into turning our back on the fight for our freedom. 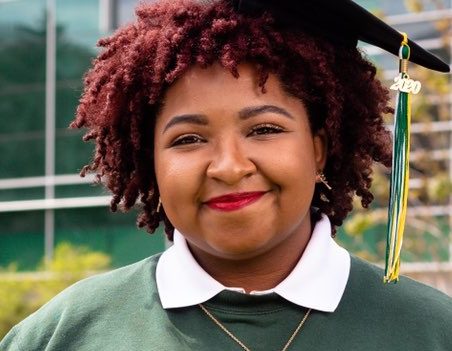 Nakia Wallace is a lifelong Detroiter, and a co founder and organizer of Detroit Will Breathe (DWB) an organization formed in the wake of George Floyd’s murder. DWB led over 200 protests in 2020 and continues to fight against racism and systemic inequality.