From abolitionism to women’s suffrage, Black women are the pioneers of movements

Black women tirelessly fought on the front lines of nearly every American sociopolitical movement. But what have they received in return? 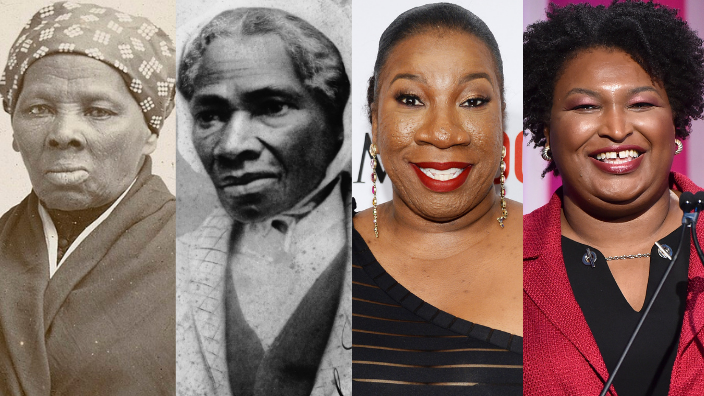 Extraordinary courage, self-sacrifice, and defiant determination are the common threads binding together a beautiful tapestry of Black women throughout history, who have tirelessly fought on the front lines of nearly every American sociopolitical movement.

The thread began with Harriet Tubman, Sojourner Truth, Sarah Parker Redmond, and other brave souls combating the evils of slavery during the abolitionist movement. It then continued to be woven by Francis Ellen Watkins Harper, Mary Ann Shadd Cary, Ida B. Wells, and countless others who paved the way for women to vote during the women’s suffrage movement.

“We underestimate the bravery of Black women in times when truly everything they did could have led to their death,” reflects Stefanie Brown James, co-founder of The Collective PAC, the largest political action committee in the nation dedicated to supporting and funding Black candidates at the local and federal level.

“I’ve always looked at the women in those spaces as the blueprint when it comes to advocating for freedom and justice and progress for Black people.”

While their collective missions and strategies may have differed over the decades, their plights and passions remained the same, tying both the past and present intrinsically together. From Shirley Chisholm and Kamala Harris shattering political glass ceilings to Storme DeLarverie fighting for LGBTQ rights and Tarana Burke inspiring the masses to take back their power through “Me Too.”

When you step back and admire the masterpiece these threads have composed, it’s quite clear Black women are superheroes.

“The model hasn’t necessarily changed much for Black women,” explains Dr. Nadia Brown, a faculty scholar and associate professor specializing in the study of Black women’s politics at Purdue University.  “Our soul refuses to die…and we know that if we don’t do it (the work) in our generation it’s not going to be better for our children.”

“I saw so many connections to Fannie Lou Hamer and Stacey Abrams,” she continued.  “Both women are daughters of Mississippi empowering their communities to become politically engaged, by listening and deeply loving them, and pushing the system to include them.”

And yet for all the blood, sweat, and tears they have poured into this country, what have Black women received in return?

According to the Bureau of Labor Statistics, the unemployment rate for Black women has nearly doubled since the start of the pandemic and now sits at 9.2% compared to the national average of 6.2%. Meanwhile, other studies show when Black women are working they can expect to receive only 62 cents for every dollar a white man earns in the same position.

Often perceived as pillars of strength, even the strongest amongst us need help and protection. Black women are killed in domestic violence incidents at a significantly higher rate than other races according to a CDC report. Not to mention, Black mothers are four times more likely to die of complications during childbirth compared to white mothers, and Black infants are 3.8 times more likely to die of complications than white infants.

“You can’t call yourself in solidarity with women if you’re not recognizing the ways that economic disparities hurt Black women,” Dr. Brown noted while pointing to the recent national debate on increasing the minimum wage.

“There are white women whose lifestyles depend on the labor of women of color, so seeing white feminists not support the fight for $15 I think is one of those examples of Black women being at the lower end of the social hierarchy … still fighting knowing they have no other choice but to fight and find allies.”

James agreed and put it bluntly: “Cash is King and it needs to go to the Queens! Black women don’t need congratulations we need resources.”

Through her work with The Collective PAC, James and her colleagues were able to raise more the $2.5 million for the 151 Black candidates they endorsed in November. The majority of those endorsements went to Black women. Additionally, The Collective PAC recently raised $100,000 for a new Justice For All Initiative with the goal being to recruit, train, and fund more Black candidates in criminal justice positions.

“Incremental change is happening, the rate at which Black women are signing up to say ‘yes I’m going to run for office’ has skyrocketed in literally less than five years, so that makes me extremely hopeful,” she added.

However, if more progress is to be made Dr. Brown emphasized history must be the compass that guides us. She’s written two books, “Sisters in the Statehouse: Black Women and Legislative Decision Making” and “Sister Style: The Politics of Appearance of Black Women Political Elites,” and yet she wonders how many more books could and should have been written about lesser-known Black women who made critical contributions to each movement and deserve to be remembered.

Unsung heroes who for Dr. Brown brought to mind the famous words of activist Anna Julia Cooper, which she believes still ring true today as much as they did when first published in 1892:

“Only the Black woman can say ‘when and where I enter, in the quiet, undisputed dignity of my womanhood, without violence and without suing or special patronage, then and there the whole Negro race enters with me.”