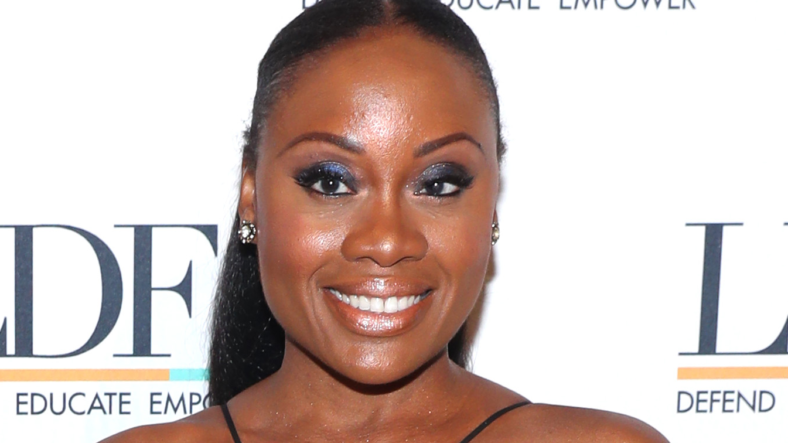 One of the more morbid parts of the journalism business is the process of writing obituaries. Oftentimes, for older celebrities or historic figures, there’s a rough draft obit on hand so that the moment the person passes you can go straight to publication.

Most newspapers and TV networks had an obit written up the moment Congressman John Lewis announced he had cancer; many have already written one up if and when DMX is pronounced dead. While we don’t talk about it in public, every television network and news site across the country already has a video memorial prepared for the day that Rev. Jesse Jackson transitions.

However, these are all famous people, whose legacies belong to the entire planet. What you never expect is to have to write an obituary about a friend, someone you worked with, cared about and just assumed would always be there. This is why it’s so hard to write this obituary about Midwin Charles, an amazing lawyer, television legal analyst and all-around light to anybody who knew or worked with her.

I met Midwin Charles in 2015, at the place where almost every Black person in media met each other at some point or another: Roland Martin’s former TV One show NewsOne Now. I had seen Midwin on television before, in the wake of the Trayvon Martin killing and the Ferguson uprising. National networks had just started to discover what I affectionately referred to at the time as the Black Lady Lawyer Crew.

There was Eboni K. Williams, Faith Jenkins, Tanya Miller, Yodit Tewolde and Midwin — this whole new crop of young talented and brilliant Black women lawyers who were suddenly all over the television screen pushing into a space that had been exclusively for white guys in expensive suits until then.

I remember sitting next to Midwin as we discussed Black Lives Matter; she was brilliant and stunning and completely knew the room like she’d been born for this work. We exchanged numbers and even though I was living in Atlanta at the time, we said we’d connect in D.C. or New York whenever we could.

Over the years I got to know Midwin on and off-camera. Between SiriusXM, MSNBC, the Clay Cane Show, Next Nation Podcast, Roland Martin’s show and Midwin’s own Instagram live, I’d probably been on the air with Midwin Charles more than any other Black woman in media not named Tiffany Cross. She was always smart, and upbeat, but more importantly to me, she was a friend and ally, and what you would affectionately refer to as “a real one.”

She was always good to send a “YASSSSS” text when she saw me on-air, followed up with a lightly chiding screenshot of how I needed to adjust my studio lights to take the glare off my glasses. Midwin Charles may have spoken like she was in front of the Supreme Court and looked like she just stepped off a Miami runway but there was never anything pretentious or fake about her.

In majority-white legal and media spaces, Midwin moved with the grace and ease of a seasoned pro. She loved working with Stephanie Ruhle on MSNBC and we talked on more than one occasion about their great on-air chemistry. Within Black media circles, Midwin Charles was one of those people who everybody respected and was number one on any list of “Yo, why isn’t she a bigger deal? Why isn’t she signed to a network?” conversations.

She and I had long conversations about the challenges of racism, sexism and colorism in the media industry. The dedication she had to still be a practicing lawyer with a thriving practice, working in the community and still working in television. For many of us, Midwin was like Taraji P. Henson before Empire, or Viola Davis before How to Get Away with Murder. She was Black famous, and we all just knew she was a step away from the opportunity that would give her all the flowers she deserved.

She gave all of that love back too. Midwin was always rooting for women that she worked with including Joy Reid, Tiffany Cross and many others. She was a champion for Black men and women. Like most people in my life, I just assumed Midwin was going to be part of the larger crew until we all got old and were poking fun at the next generation.

The last time I talked to Midwin Charles was just over two weeks ago. We were doing that thing you do during the pandemic, which is making plans to make plans to connect on Zoom or over the phone or on IG live. She seemed fine as usual, and as I pore over the DM’s and text messages we exchanged my eyes well up wondering if there was something that I missed. If I should’ve reached out sooner, or just told her again how fly she was, just one last time before getting wrapped up in my own life again.

I got a call yesterday from a friend and colleague, Clay Cane, at SiriusXM radio right before I was about to teach my Morgan State University students in our afternoon Zoom class. When I didn’t pick up he texted: “Call me when you can. It’s urgent.”

I called him back, and he told me the news. Midwin Charles had passed. I was in shock. I was sad. I was in pain all at once. We got off the phone, and all I could bring myself to do was tell my students, “Please…..Call your parents, call your friends, text somebody today and tell them you love them. Just do it. You never know when it’ll be the last time … Class is cancelled today.”

I’m still processing my grief about Midwin Charles transitioning, but what I want the entire world to know is this: She was a wonderful person. A loving daughter, sister, colleague and friend. You don’t meet many people like her in this lifetime and you want to make sure you show all of the love, support and appreciation you can for people like that when they are here.

I’ll be forever blessed with the memory of our talks about life, love, family and politics, her encouraging texts and all the times I got to work with her. As will everyone else who got even a glimpse of what an amazing and meaningful woman she was. The world is a sadder place without Midwin Charles and she will be sorely missed.