A former South Carolina restaurant manager has been ordered to pay more than $546,000 in restitution to an employee with intellectual disabilities that he put to work for more than 100 hours a week with no pay. 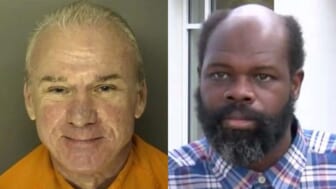 According to The Post and Courier, Edwards joined the restaurant as manager where Smith had been working for years as a buffet cook. He had been with the restaurant for 31 years — reportedly since he was 12.

Smith also lived in an apartment provided by his employer in conditions his attorneys called “subhuman.”

Edwards, when he took over his relatives’ business, stopped paying Smith and forced him to work seven days a week and frequently berated him with racial slurs and threats.

The report notes that Edwards often assaulted Smith. He would frequently hit him with a belt or pots and pans, punch him and even burned his neck with hot tongs.

Edwards was initially ordered to pay $273,000 in unpaid wages, however, the 4th Circuit Court of Appeals has determined that Smith is entitled to overtime after an appeal.

″(W)hen an employer fails to pay those amounts (regular and overtime pay), the employee suffers losses, which includes the loss of the use of that money during the period of delay,” the appeal ruling reads.

According to reports, Smith was forced to work 18-hour shifts six days a week and an 11-hour stint on Sundays, and he wasn’t paid for much of it or allowed breaks. The attorneys estimated that Smith was paid about $2,842 yearly.

He was ultimately rescued by social workers who noted bruises and scars on his body. He said he never told anyone about the treatment out of fear for his life.