Fort Bragg soldier accused of killing another servicewoman over ex

The young mother of two passed away at the hospital right before Mother's Day. 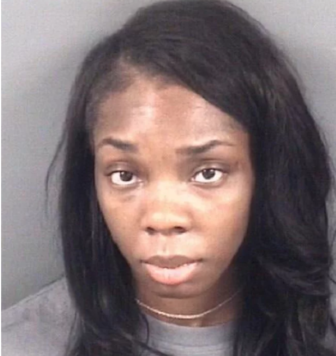 A young Fort Bragg soldier was murdered at the hands of another servicewoman in North Carolina.

Kelia Horton, 22, was shot and killed by Tiara Nicole Vinson, 26, on Friday. Horton was currently dating an ex-lover of the suspect. The victim leaves behind two children, per WRAL News.

“My cousin was the sweetest. She would give you the shirt off of her back. There was nothing bad you can say about Kelia,” said Horton’s cousin, Jadiah Farris, to WRAL.

Vinson had dated the man in the past, but Horton was currently seeing him. Horton was sitting in the driveway of his Fayetteville, N.C., home located at the 1400 block of Ferndell Drive near Cliffdale and Raeford around 1:30 p.m. when she was shot by Vinson.

“The suspect drove up to the residence where the victim was in her car in the driveway and the suspect began shooting,” said Fayetteville Police Department Sgt. Jeremy Glass to PEOPLE. “There were a couple of witnesses that saw it and called it in.”

The young mother of two passed away at the hospital right before Mother’s Day.

“They had a mutual male friend in common,” he adds. “It wasn’t an unknown person just going out and shooting another unknown person.”

According to Cumberland County District Attorney Billy West, the two exchanged words before shots were fired.

“What we appear to have is that the defendant had a previous relationship with a gentleman that lived at the location where the homicide occurred,” said West per WRAL. “A verbal altercation took place between the two of them, and our allegation is that the defendant, at that point, began firing into the car.”

Vinson is currently behind bars at Cumberland County Jail with no bond. She is charged with first-degree murder and discharging a firearm into an occupied vehicle.

“Since last night, our priority has been supporting Kelia Horton’s Family and friends. That focus continues. This is a tragic, senseless loss and a terrible moment, particularly for those here who knew Kelia. The command at the 525 Military Intelligence Brigade is organizing grief counseling for Kelia’s fellow soldiers and engaging with the Family,”  said a spokesman for the 18th Airborne Corps, Fort Bragg, Col. Joseph Buccino to Military Times.

Friends and family of the victim have been pouring out their condolences via Facebook. One person who allegedly knew Horton wrote:

“I Wasnt Gon Do This But Here It Goes…Kelia Horton…You Will Be Dearly Missed…It Is Well Too Early In Your Life Nd Now Your Gon…Its Still Not Real To Me…We Was Just Together Nd Talkin….You Were Taken From This Earth In The Upmost Wrong Way…You Didnt Deserve That At All…You Were My Friend…Nd To Be Taken Is The Most Hurtful Thing Everyone Has To Go Thru…Nd Wats Even Worse You Were Stripped Kids Before Mother’s Day…Evelyn Nd Braylen Now Has To Grow Up Without Their Mother…You Were A Sweetheart…You Lit Up The Room With Laughter Nd Love…You Will Never Be Forgotten….I Love You Sis….You Will Always Have A Place In My Heart….Ik Your Watchin Over Us Now…. Sunrise: 2/10/1999 Sunset: 5/7/2021.”