"Our thoughts are with Naomi. We support her and recognize her courage in sharing her own mental health experience," Nike representatives said in a statement released Tuesday.

In the aftermath of 23-year-old tennis phenom Naomi Osaka’s decision to withdraw from the French Open citing the priority of her mental health, sports apparel giant Nike has expressed support for one of its fellow collaborators.

“Our thoughts are with Naomi. We support her and recognize her courage in sharing her own mental health experience,” Nike representatives said in a statement released Tuesday, CNN reports.

As theGrio previously reported, Osaka announced the premiere of her second apparel line with Nike in late May, just in time for the kick-off of the French Open. Osaka signed her Nike endorsement deal in 2019 and created her first apparel collection with the company in 2020.

Read More: Naomi Osaka put her well being first and the world refuses to listen 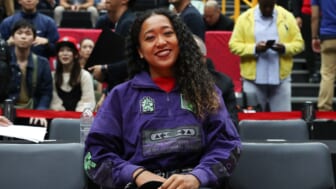 Other companies like the Swiss watchmaker TAG Heuer and Japan’s Nissin Foods also released statements in support of Osaka. Sweetgreen, for which Osaka serves as a brand ambassador also said, “Our partnership with Naomi is rooted in wellness in all its forms. We support her in furthering the conversation around mental health and are proud to have her as part of the sweetgreen team.”

On Sunday, the French Open (also called Roland Garros) released a statement about Osaka’s decision to withdraw from the competition after she had announced on social media that she would not participate in press conferences following the games.

“…the Roland-Garros teams asked [Osaka] to reconsider her position and tried unsuccessfully to speak with her to check on her well-being, understand the specifics of her issue and what might be done to address it on site,” the statement said. It also notes that Osaka was “reminded of her obligations, the consequences of not meeting them and that rules should equally apply to all players.”

On Tuesday, Roland Garros said it wanted to “offer Naomi Osaka our support and assistance in any way possible as she takes time away from the court. She is an exceptional athlete and we look forward to her return as soon as she deems appropriate” in a tweet.  To many, the message rang hollow and insincere from the French Open, which followed through on its ultimatum and fined Osaka $15K.

“Now you offer support after fining, trolling, threatening her with expulsion and after she quits the tournament. Where was the support when she needed it before and during the tournament?!?!,” challenged one commenter.