“It’s always been a professional goal to anchor an iconic show like SportsCenter and call games for ESPN,” said Custer.

Brian Custer, a former Fox Sports play-by-play announcer, has joined ESPN according to a statement from the network.

Custer is an Emmy Award-winning TV personality and will be an anchor for SportsCenter, ESPN’s news and information program. He will also begin to call college sports in the fall.

“It’s always been a professional goal to anchor an iconic show like SportsCenter and call games for ESPN,” said Custer in a statement on Tuesday. He also said he can’t wait for his journey to begin and is thrilled to be working with his new team of “dedicated sports professionals.” 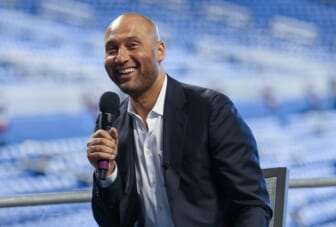 Custer, who grew up in Columbus, Ohio and began his career covering local stories in his hometown, moved to Dallas after some years and spent almost 10 years covering city hall and the Dallas Cowboys and Dallas Mavericks.

Custer was one of the original hires for SNY-TV in 2006. One of the Emmys he received was for a documentary he worked on while at SNY called Baseball in Africa: A Diamond in the Rough. Custer also received an Emmy in 2011 after profiling a New York Jets coach.

The Hampton University alum who is also a member of Kappa Alpha Psi and NABJ, has worked in the sports journalism field for at least the last 15 years, and while at SNY-TV he worked on shows such as Wheelhouse, Jets Post Game Live, Jets Nation, Geico Sportnite, and more, according to Fox.

Custer will not limit himself to ESPN. He is the main host for Showtime’s premium boxing champion telecasts and will continue to work in this position. He also hosts a podcast called Last Stand Podcast with Brian Custer where he takes listeners into the lives of sports stars.

“Check out your favorite celebrities as we take you inside their lives. You will learn how they overcame defeat to become champions in their respective field,” reads a description on the site. 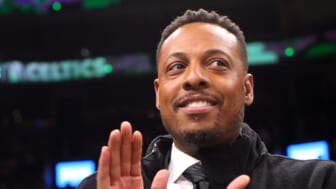 Custer’s new job comes a 2 months after former Boston Celtics player-turned-ESPN analyst Paul Pierce was fired from his on-air job after going live on Instagram in a room full of strippers while drinking, smoking and playing poker with friends.

Many fans speculated that Pierce wouldn’t remain in his job for long after the weekend antics because ESPN is owned by family-friendly Disney.

The network did not comment on Pierce’s employment status, but insider sports journalists broke the news on Twitter.