Asked about how she manages her own press experiences, Williams' reply reminded everyone why she was there.

In a press conference after a first-round loss to Russia’s Ekaterina Alexandrova at the French Open, tennis legend Venus Williams gave an epic response to a question about star player Naomi Osaka.

Osaka, a four-time Grand Slam winner, withdrew from the tournament Monday after being fined $15,000 for skipping a mandatory post-match press conference. She revealed that she has depression and said press events trigger anxiety. Instead of conforming to the rules of the tournament, the 23-year-old phenom announced she would prioritize her mental health and take some time away from the tennis court. 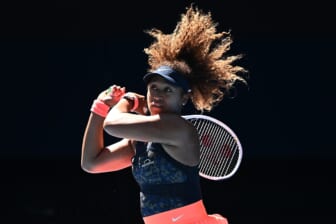 Also Read:
Naomi Osaka put her well being first and the world refuses to listen

When Williams, 40, was asked Tuesday about how she manages her own experiences with the press, she replied, “For me personally, how I cope, how I deal with it, was that I know every single person asking me a question can’t play as well as I can and never will. So, no matter what you say or what you write, you’ll never light a candle to me.”

“That’s how I deal with it,” she added. “But each person deals with it differently.”

Writer and podcaster Toure was among the many who shared a clip of the press conference, writing, “Venus Williams is my spirit animal.”

The Twitter account for The Tennis Podcast shared a transcript of the query and wrote, “Venus. Williams. As the name suggests, she’s otherworldly.”

Her sister, the iconic Serena Williams, also chimed in with support for Osaka, saying, “I feel like I wish I could give her a hug because I know what it’s like. Like I said, I’ve been in those positions.”

“We have different personalities, and people are different,” said the 39-year-old after her first-round victory over Irina-Camelia Begu. “Not everyone is the same. I’m thick. Other people are thin. Everyone is different, and everyone handles things differently.”

“You just have to let her handle it the way she wants to, in the best way she thinks she can, and that’s the only thing I can say,” she said in support of Osaka, who has not announced if she will participate in Wimbledon later this month. “I think she’s doing the best she can.”