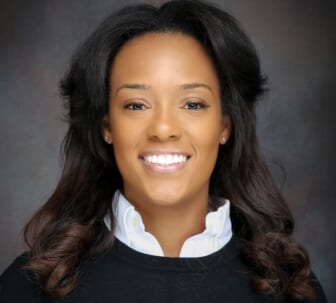 New York City mayoral candidate Maya Wiley has been endorsed by one of the nation’s most prominent progressive leaders in Congresswoman Alexandria Ocasio-Cortez.

Ocasio-Cortez, whose 14th congressional district includes parts of Queens and the Bronx, announced her pick on Saturday.

With just three weeks left until the June 22nd primary, many anticipate that the congresswoman’s endorsement will offer Wiley momentum among the city’s leftist factions.

In a statement Saturday, Wiley praised Ocasio-Cortez and welcomed the endorsement.

“Having the support of Rep. Ocasio-Cortez means the world to me,” Wiley said. “AOC is a fearless champion for our city in Congress. She has fought for working people, taken-on corporate greed, revolutionized the discussion on the urgent need to address climate change, and is an advocate for a more equitable economy. Nobody says and means change like her.”

READ MORE: The time for progressives to get behind NYC mayoral candidate Maya Wiley is now

“New York City’s next mayor needs to be a progressive fighter, ready to reimagine a New York that works for every single community,” Bowman wrote. “As an educator, husband, and father of three, it is my honor to endorse Maya Wiley to be our next Mayor. Let’s go!”

Wiley was already recognized as a left-leaning candidate, unlike some of her opponents. Brooklyn Borough President Eric Adams has been criticized for his past affiliation with the Republican Party. According to Politico, Andrew Yang has received public support from several right-wing figures over his tweet defending Israel, including Sen. Ted Cruz and former Trump adviser Stephen Miller.

Still, other candidates were likely hopeful for high-profile, progressive endorsements, such as  New York City Comptroller Scott Stringer and former nonprofit executive, Dianne Morales, who along with Wiley have split the city’s progressive base.

Democratic voters have less than a month to cast their vote in the city’s ranked-choice primary. Though the primary takes place on June 22nd, early voting begins June 12th.

To be able to cast a ballot in New York, voters must be U.S. citizens who have lived in the city for at least 30 days, not currently incarcerated for a felony conviction and at least 18 years old.

The winner of the Democratic primary will face candidates from opposing parties in the November 2nd, general election. The primary, however, is widely seen as the deciding election due to New York’s heavily Democratic voting base.