"I've lived in Detroit for many years, and I know the police racially profile you on traffic stops”

Community organizers in Detroit took it to the streets to protest against racial profiling.

More than 100 people came together on a blazing hot Saturday afternoon to protest racial profiling and police brutality around the city, according to Detroit Free Press. 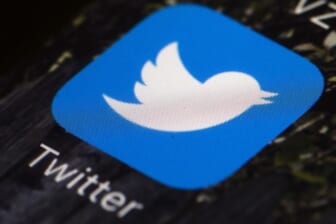 People gathered in the crowd to share their testimonies and perspectives on racial profiling before marching along 8 Mile, a highway that is known to separate the predominantly Black city of Detroit and surrounding white suburban neighborhoods, per Detroit Historical Society.

“I’ve lived in Detroit for many years, and I know the police racially profile you on traffic stops,” Dolley said, per Detroit Free Press. ”I’ve been stopped a couple times and given tickets that I know were wrong.”

“In response to a Freedom of Information Act request by the ACLU of Michigan, the Ferndale Police Department produced a summary of all traffic tickets issued by Ferndale police officers between January 1, 2013 and May 15, 2014,” ACLU of Michigan shared on their website. “The public data shows that, even though black people make up less than 10 percent of Ferndale’s population, they made up approximately 60 percent of the motorists ticketed by Ferndale officers when the race of the driver was known.”

Startling rates also exist in other states across the country.

“Racial profiling contradicts this country’s most fundamental principles and ideals,” the ACLU of Michigan shared on their website from a letter they wrote to the Ferndale Police Department in 2014. “Every person should be able to live without the fear or experience of being singled out by law enforcement and treated differently because of their color. Racial profiling also places society at greater risk of crime because police are less focused on the conduct of those who break laws, and they are more focused on law abiding citizens who happen to be people of color. In addition, effective law enforcement requires a cooperative relationship between the police and the community.”

Activists at the protest also shared their stories leading up to the march. One speaker mentioned how cautious they are in the community to maintain safety around Detroit.

“Having to traverse between the suburban counties of Wayne County, yeah, you get targeted quick,” said Nicholas Buckingham, campaign director of Michigan Liberation, per Detroit Free Press. “My mother lives in Oak Park right now and sometimes I tell my mom, certain times of the day, certain times at night, I don’t want to come out there.” 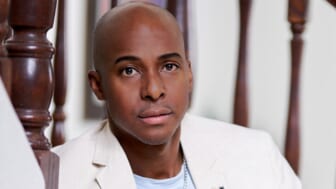 Michigan Liberation is a statewide network of people and organizations organizing to end the criminalization of Black families and communities of color in Michigan, according to their website. They were one of the organizers of the protest, according to local outlets.

Other community organizers attended and spoke at the protest including Tristan Taylor, co-founder of Detroit Will Breathe, Aboyomi Azikiwe, an organizer from Moratorium Now! Coalition and Tameka Citchen-Spruce, a community organizer with Warriors on Wheels of Metropolitan Detroit, Detroit Free Press reported.