Nene Leakes says RHOA is not the same after her exit

"It's very difficult to go to the burger place down the street and think you're going to get a Happy Meal,” said Leakes

Television personality Nene Leakes made it very clear that the Real Housewives of Atlanta is not the same without her.

In an interview with Jason Lee on Hollywood Unlocked Uncensored, the former housewife, who left after 13 seasons, compared her absence on the show to R&B group Destiny’s Child without Beyonce. 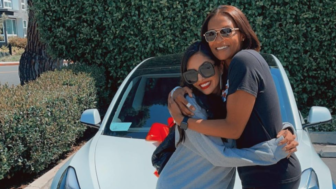 Leakes also said: “It’s very difficult to go to the burger place down the street and think you’re going to get a Happy Meal. I mean, McDonald’s started the Happy Meal.”

“It’s very hard to, in a very nice way, go somewhere and think that you can fill the shoes of something that someone started,” she continued.

In September, Leakes announced her departure from the series after “an extremely long, exhausting, tiring, emotional negotiation” behind the scenes, according to Entertainment Weekly.

Leakes also publicly slammed Bravo producer Andy Cohen, calling him “racist” and a “master manipulator” in a series of tweets.

Lee then asked Leakes if the discrimination she faced occurred before she spoke up about it.

“I can say that it’s never anything that happens overnight. I can also tell you that I’m not a liar. I don’t just wake up and decide to lie,” Leakes responded. 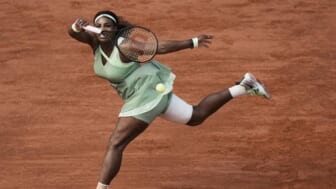 Lee then mentioned RHOA castmate Kandi Burrus who “didn’t listen to the girls who made claims against Tiny and T.I. ” and asked if she listened to Leakes on her claims of discrimination.

Leakes recalled Buruss publicly firing her from hosting The Great Xscape Tour for using the word “rape” when arguing with a heckler who told her to “kill” herself.

In her post-reality TV life, Leakes embarked on a new business venture with her husband Greg in the opening of The Linnethia Lounge in Duluth, Georgia in May.

Leakes said she doesn’t feel bad for the new women who have replaced her since they’re “willing to work for $1,000 an episode.”