"“This is a real disadvantage to every potential client of this attorney," Allegheny DA Stephen Zappala says.

A district attorney in Pennsylvania is catching heat after claiming his office will no longer offer plea deals to clients of a Black attorney who called out systemic racism in the criminal justice system. 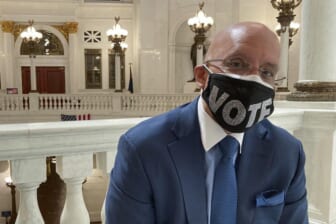 During the May 13 hearing, Raiford’s client pleaded guilty to aggravated assault in a 2019 stabbing, according to a transcript Zappala released Thursday. At the end of the hearing, Raiford delivered a lengthy speech on racism, the pandemic and noted that Black Americans are six times more likely to be arrested during a traffic stop “than anybody in the whole county,” he said.

In response, Zappala Jr., a Democrat, sent a memo to his deputies on May 18 telling them not to offer any plea deals to clients of Raiford due to what he described as the attorney’s “convoluted critical diatribe.”

Reggie Shuford, executive director of the Pennsylvania American Civil Liberties Union, condemned Zappala’s memo for being unethical and a violation of the First Amendment.

“District attorneys are some of the most powerful people in the criminal legal system,” Shuford wrote in a news release. “They have the power to determine what charges are filed against an individual and what criminal proceedings stem from those charges.”

“Indeed, retaliating against an attorney who complains about racism in the DA’s office by refusing to offer plea agreements to his clients is itself arguably evidence of bias,” Shuford said.

“These problems didn’t just start with this interaction with Milton Raiford. These problems have been permeating for years,” criminal defense attorney Turahn Jenkins, who ran for DA in 2019, told KDKA.

Zappala’s memo, which was first reported by The Pittsburgh Tribune-Review, was sent days after Raiford accused his office as being racist.

“This is a real disadvantage to every potential client of this attorney because virtually all criminal cases are resolved through plea bargains,” Pitt law professor David Harris said of Zappala’s new policy.

Zappala said on Thursday that prohibiting plea deals to Raiford was “to ensure that this office makes consistent, evidence-based decisions, and avoids false claims of racism.”

In the memo, he does not name Raiford but explains that going forward, he wants indisputable receipts proving any concerns raised by defendants or their attornies about discrimination. 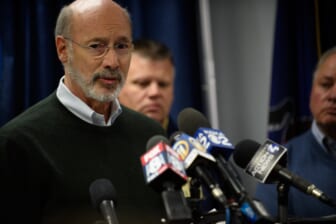 “The assistant district attorney shall investigate the facts and, if necessary, bring the matter to the attention of their supervising deputy district attorney or the front office for aid in the investigation and input on the appropriate plea offer,” the letter added.

State Rep. Emily Kinkead, has called on Zappala to resign.

She tweeted Wednesday: “He just instructed his office to punish the clients of an attorney who criticized the criminal justice system as a whole (not just the DA’s office) for being ‘systematically racist.'”

“He just admitted that his office dispenses justice differently based on who is involved in the case and not the facts of the case,” she wrote in a separate tweet. “Zappala has betrayed his oath of office.”

In his statement Thursday, Zappala said his policy aims to ensure “consistent, evidence-based decisions and avoid false claims of racism” against lawyers at his office.