“We never thought anything like this would ever happen there,” said Myeni's wife, Lindsay

Lindsay Myeni and her South African husband moved to Hawaii, where she grew up, believing it would be safer to raise their two Black children here than in another U.S. state.

Three months after they arrived, Honolulu police shot and killed her husband, 29-year-old Lindani Myeni, who was Black.

“We never thought anything like this would ever happen there,” Lindsay Myeni, who is white, told The Associated Press in an interview from her husband’s hometown, Empangeni in Kwazulu-Natal province.

To some, Lindani Myeni’s death and the muted reaction from residents, is a reminder that Hawaii isn’t the racially harmonious paradise it’s held up to be.

The couple moved to Honolulu from predominately white Denver in January.

Hawaii, where white people are not the majority and many people identify as having multiple ethnicities, felt right: “We were refreshed to be back to somewhere that is so diverse.” 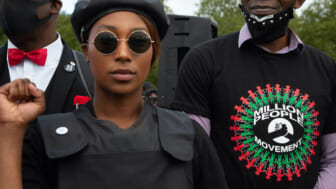 Of Hawaii’s 1.5 million residents, just 3.6% are Black, according to U.S. Census Bureau data. Yet in Honolulu alone, Black people made up more than 7% of the people police used force against, according to Honolulu police data for 2019.

While there have been some local gatherings and small protests decrying Myeni’s death, it hasn’t inspired the passionate outrage seen elsewhere in the aftermath of the death of George Floyd, a Black man killed last year by a white officer in Minnesota, and other killings by police.

Myeni’s death “would have generated mass protests in any other American city,” said Kenneth Lawson, a Black professor at University of Hawaii’s law school.

“When you’re told you live in a paradise and you point out that it’s not paradise for people of color, that makes people uncomfortable,” he said.

One reason for a lack of outrage, he said, is that police have released limited details of what happened. “What’s being revealed is what they want us to see,” he said.

According to police’s account of the fatal shooting, Myeni entered a home that wasn’t his, sat down and took off his shoes, prompting a frightened occupant to call 911. Outside the house, he ignored commands to get on the ground and physically attacked officers, leaving one with a concussion, police said.

Police released two brief clips from body camera footage, but it’s difficult to make out what is happening in the dark. Three shots ring out and then an officer exclaims, “Police.”

Simply by being Black, he was seen as an “immediate threat,” that the Asian woman who called 911 needed to be protected from, she said.

Now-retired police Chief Susan Ballard, who is white, said at the time that officers reacted to Myeni’s behavior, not his race. “This person seriously injured the officers and their lives were in jeopardy,” she said.

Myeni’s widow thinks he mistook the home for a Hare Krishna temple next door. Earlier in the day, the family had visited culturally significant places as they drove to Oahu’s north shore. At one point, the couple prayed together, she recalled, because something felt off. He seemed stressed.

Because of that, she thinks her husband, who was Christian and connected to his Zulu culture, was seeking out a spiritual place in his new neighborhood.

Shortly before the shooting, she spoke to him by phone. He was on his way home, some five blocks away.

He was wearing his umqhele when he was shot, his widow said. The traditional Zulu headband, along with taking his shoes off at the door, meant he went to the house with respectful intentions, she said.

She believes their races contributed to a waning of shocked sentiment over his death. “White people don’t come from Hawaii, stereotypically. Black people don’t come from Hawaii, stereotypically. So even though I’m three generations of being there, if you look at my skin, you’ll say, ‘Oh must be a haole,’” she said using the Hawaiian word for foreigner.

But Myeni was indeed a newcomer to Hawaii, which might have contributed to the general reaction to his death, said Daphne Barbee-Wooten, former president of the African American Lawyers Association of Hawaii.

“Whereas if it was someone who people knew for a long period of time who got shot or killed, I think there might be more outrage because they would have been neighbors, gone to the same church,” she said.

“And I think a lot of African Americans who live here are outraged,” she said. “But do they take to the street about it? Not really.”

The are various reasons for that, she said, including people with military jobs who might not be allowed to protest publicly or those who are waiting to see results of an investigation into the shooting.

Ethan Caldwell, who is of Black and Asian descent and an assistant professor of ethnic studies at the University of Hawaii, said he can personally relate to the Myeni family feeling Hawaii would be relatively safer. 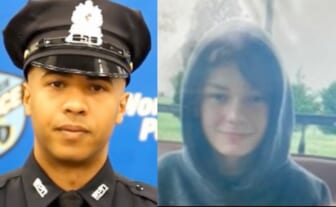 “I always ask the question to my students, safer for who?” he said. “Black folks have been present in the Hawaiian Kingdom since prior to the illegal annexation, but rarely do we see, hear, or disassociate them with the military in Hawaii in the present.”

Even though Hawaii is one of the few places where people of color are the majority, there are still anti-Black sentiment — at institutional and individual levels — he said, noting how businesses in Waikiki boarded up their windows ahead of a peaceful Black Lives Matter march last summer.

“We may not necessarily feel the same level of racism, anti-Blackness, discrimination, prejudice here as we do on the continent, but that doesn’t mean we still don’t face micro-aggressions on a daily basis, more so for some people,” Caldwell said. “I think some people might be more willing to deal with those because it doesn’t necessarily mean that their lives are at-risk.”

“But I think when it comes to seeing the more recent cases and the distance closing, the fact that it even happens here also puts some of that into question as well,” he said, referring to Honolulu police shooting and killing a 16-year-old Micronesian boy on April 5.

Another possible reason the death hasn’t prompted mass protests is because Hawaii strives to be seen as being different from the strife on the U.S. mainland, said Akiemi Glenn, founder and executive director of the Popolo Project, whose group name uses the Hawaiian word for a plant with dark purple or black berries that has also come to refer to Black people.

Acknowledging that Hawaii experiences racial bias in law enforcement like other parts of the country “explodes the myth that this is a paradise — whether it’s a racial paradise or vacation paradise — from all of your troubles on the mainland,” she said.

Before his death, Lindsay Myeni said her husband didn’t encounter racist incidents in Hawaii. She remembers that after a month here, he hugged her one day when he returned from the gym and thanked her for bringing him to Hawaii.

“And people are warm and friendly and they they’re outgoing,” she said. “And all the things he loved about South Africa, Hawaii has a lot of those.”

In Denver, police stopped him while walking because he matched the description of a crime suspect. In South Africa, she would get “ugly stares” from some white people who saw her with a Black man.

“But we live among Black people in South Africa and they’ve always been welcoming to me,” she said.

Lindsay Myeni is trying to extend her visa to stay in South Africa and will try to apply for permanent residency through her son.

“Hawaii is my home, so I really feel like I broke up with my country and my state and like maybe I’ll go back there one day,” she said. “It’s really hard to say, but right now I just can’t fathom even visiting.”