Biles didn’t perform the Yurchenko double pike during the competition, but still has the most-ever national titles.

Simone Biles has clinched yet another gymnastics title — the most ever — and is now the 2021 individual all-around gold medalist.

The 24-year-old will be heading to the Olympics with her seventh national title, which she won on Sunday at the 2021 U.S. Gymnastics Championships.

According to NBC Sports, Biles also won the balance beam, floor exercise and vault events. The only event for which she did not place first was the uneven bars, where she place third. 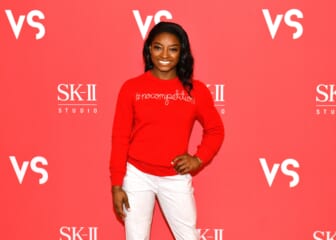 Also Read:
Simone Biles says she’s returning to Olympics to ‘be a voice’ for abuse survivors

USA Today called Biles the greatest gymnast of all time and the only “sure thing” for the U.S. gymnastics team ahead of the rescheduled 2020 Tokyo Olympics. The full team roster has yet to be announced.

While she performed, she wore a leotard with a bedazzled goat on it which, according to People magazine, is a nod to her being the greatest of all time.

Biles did not perform the Yurchenko double pike during the competition. As theGrio previously reported, the five-time Olympic medalist made history almost two weeks ago when she participated in the U.S. Classic in Indianapolis and performed the gymnastic vault never before landed by a woman in competition. 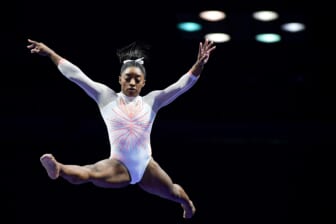 Also Read:
Simone Biles says she performed difficult vault routine ‘because I can’

The New York Times reports judges gave the decorated gymnast a provisional scoring value of 6.6, similar to what she received in the past for other vaults, despite the double pike’s difficulty.

“I feel like now we just have to get what we get because there’s no point in putting up a fight because they’re not going to reward it,” Biles said when asked about their stance and the International Gymnastics Federation last month. “So we just have to take it and be quiet.”