The men, with Kraft, are all co-founders of the criminal justice reform organization REFORM Alliance, along with a group of other activists.

In a now-viral video, Rubin presents Kraft with the blue two-door Bentley, saying they wanted to get their friend the gift after he had gone “all in” on his new home. Kraft appeared to be in shock and asked, “How did the fudge did you get it?” He said it was a car he had his eye on.

REFORM Alliance aims to transform probation and parole by changing laws, systems and culture to create sustained pathways to work and wellbeing.

But the gift to Kraft hasn’t exactly been well-received on social media. Many fans of Meek Mill shared supportive flames emojis under his Instagram post of the video. However, others questioned why he would purchase such a present for the billionaire. Comments on it have since been restricted.

Writer Britni Danielle reminded Twitter users of when the Philadelphia rapper wasn’t so generous to a group of youngsters. “Meek gave those young Black kids selling water $20 (and WAAAAY too many people #onhere rationalized it),” she wrote. “WTF is this????? Robert Kraft owns a whole NFL team.” 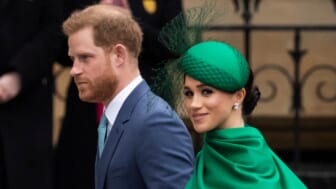 The moment in question happened late last year when Mill posted a video of himself giving five young kids who were selling water $20. When he offered the bill to one child, he told them to share it.

“Meek mill gave those lil hustling kids $20 & bought Robert Kraft a Bentley. there is no bigger cornball alive,” one user wrote, while another mentioned that Kraft helped Mill get out of prison in 2018.