Members of Atlanta's Buckhead community want to part ways from the city.

Atlanta’s Buckhead district is trying to become its own city, drawing mixed reactions from folks around town.

Buckhead is known to be Atlanta’s wealthiest district and a predominantly white community filled with luxurious shops and high-end restaurants. But lately, Buckhead has become a point of contention with some neighbors wanting to succeed from the City of Atlanta, which is heavily populated by Black residents.

Over the past year, more neighbors around Buckhead say they dont feel safe, expressing concerns over crime-related incidents in the city. 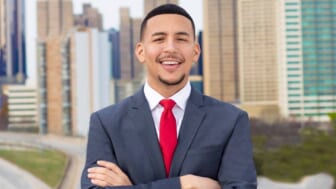 The Atlanta Journal-Constitution reported that the Atlanta police department investigated 157 homicides in 2020, which went up from 99 in 2019, making it the deadliest year in more than two decades. This statistic does not include officer-involved shootings, according to the report.

Some Buckhead members argue they would be able to protect the area better than the Atlanta police, which in part led to the formation of a group called Buckhead Exploratory Committee.

The Buckhead Exploratory Committee formed last year and is working to establish Buckhead as its own independent city. According to their website, they are a 501(c)(4) made of volunteer residents, lobbyists, legislators, and experts.

“Residents of Buckhead are universally anxious about and frustrated at the state of their neighborhoods,” Buckhead Exploratory Committee posted on their website. “Petty and even violent crimes are increasing, and, despite a heavy tax burden, the extent and quality of services are discernibly decreasing.”

While this committee is going full-throttle at taking measures to pull away from Atlanta, others criticize the move.

Stephanie Flowers, who serves as the chair of Atlanta Neighborhood Planning Unit V, told the Washington Post it upsets her to see Buckhead groups taking these steps.

“It makes me angry because the crime they are seeing in Buckhead is the same crime we on the Southside have been dealing with for years,” Flowers told the outlet. “We on the Southside, because of our demographics, we can’t pay our way out….This is just a way to separate the haves from the have-nots.” 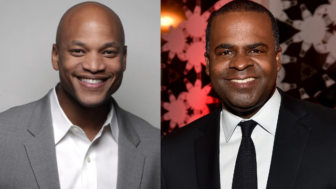 Also Read:
Black candidates are vying for top jobs in Atlanta and Maryland

Community leaders around Atlanta have also been speaking out on the complicated matter.

Scotty Smart, Atlanta activist, organizer and founder of the SMART Foundation, spoke with theGrio and weighed in on the matter.

“The people of Buckhead wanting to be its own city is another example of there being a problem and people don’t want to fully address the issue or being so disconnected that they can’t relate so just throw some money at it and sweep it under the rug, ” Smart told theGrio. “If the problem is crime, how does separation make the crime go away?”

Smart said there needs to be an emphasis on addressing why there’s crime in the first place along with the abundance of poverty in Atlanta.

“When will the elite of this city look to build more opportunities for people who have nothing,” Smart said. “When will the solution be to use funding to really build community centers in our city that helps people get better job opportunities instead of criminalizing them all or trying to segregate yourself.”

This past legislative session in Georgia, lawmakers proposed a bill to form “Buckhead City,” as reported by the Atlanta Journal-Constitution. According to the report, there must be approval for new cities over at least two sessions for it to pass through.

Local news outlets reported the process of Buckhead becoming its own city will likely be a very difficult one. CBS 46 reported the process could be legally complex, take years of litigation and cause major financial issues, according to former Attorney General of Georgia Sam Olens.