Michigan boy, 6, shot while retrieving his bike from neighbor’s yard

"He tried hitting me with a sledgehammer but that’s not going to work because I’m too fast. (Then he) got a gun and BOOM shot me right here," said the boy named Coby.

An Asian man has been released on bond after allegedly shooting a six-year-old Black child.

Ryan Le-Nguyen of Michigan was recently arrested for assault with intent to murder after he allegedly shot his young neighbor. Just days later on Tuesday, he was released on bond. The boy’s father is now looking for answers, per Fox 2 Detroit. 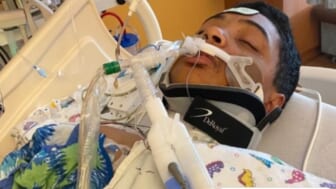 Also Read:
Wis. boy, 14, paralyzed after being shot in case of ‘mistaken identity’

Arnold Daniel of Ypsilanti Township said his kids were playing outside when they left one of their bikes in front of a neighbor’s home. When his son Coby went to pick up his bike, he noticed his neighbor had a sledgehammer. The man spoke to the child but it is unclear what was said.

Le-Nguyen allegedly went back inside got a gun and shot it threw the window, hitting Coby.

“He tried hitting me with a sledgehammer but that’s not going to work because I’m too fast. (Then he) got a gun and BOOM shot me right here,” said Coby.

Video footage of the Candlewood Lane incident shows the moment Coby was hit.

The young boy is seen in the video with an older child when all of the sudden a gunshot is heard and Coby yells out in pain. The other child is heard shouting for someone to call the police.

The bullet went through the child’s arm but a doctor said if it had been an inch over in either direction, it would have killed him. 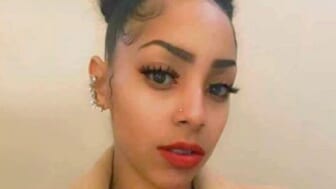 Also Read:
Pregnant mom killed after being shot in the head by stray bullet

“Right now, he’s not even processing what happened. He doesn’t realize how close he came to not being here..but I realize it,” said Daniel.

The Washtenaw County Sheriff arrested Le-Nguyen but days later on he was released on $10,000 bond.

“I’m trying to figure out he got a bond so low for trying to kill my kid,” added Daniel.

Le-Nguyen has been ordered not to return to the residence. But Daniel said they have had issues with the neighbor before.

“I’m scared for my family because I don’t know what he’s capable of,” said Coby’s father.

All around the country, children have been the targets of gun violence. On Monday, the Department of Justice announced steps to stop the surge.

“First, the department issued a notice of proposed rulemaking that makes clear that when individuals use accessories to convert pistols into short-barreled rifles, they must comply with the heightened regulations on those dangerous and easily concealable weapons. Second, the department published model legislation to help states craft their own “extreme risk protection order” laws, sometimes called “red flag” laws,” per its press release.

Attorney General Merrick B. Garland stated that the DOJ would do its part to ensure safety.

“The Justice Department is determined to take concrete steps to reduce the tragic toll of gun violence in our communities,” said Garland. “Today we continue to deliver on our promise to help save lives while protecting the rights of law-abiding Americans. We welcome the opportunity to work with communities in the weeks and months ahead in our shared commitment to end gun violence.”