A North Carolina city has committed $2.1 million toward funding reparations, an initiative it began last summer when it joined a number of U.S. cities which have voted to address their histories of racism and discrimination.

The Asheville City Council approved a budget amendment on Tuesday to pull the money from city land purchased in the 1970s as part of the city’s urban renewal programs that took apart Black communities, the Asheville Citizen Times reported. The city council also adopted a proclamation declaring June 19 as Juneteenth, the date which marks the end of slavery in the U.S.

“We must collectively strive to close gaps of immeasurable distance between us and affirm the promise of the Declaration of Independence that all people have the right to life, liberty and the pursuit of happiness,” said Mayor Esther Manheimer, reading the proclamation.

Asheville passed its historic reparations in July 2020, apologizing for the city’s role in slavery, discrimination and denial of liberties to Black residents. The city manager was directed to establish a process for gathering recommendations to address the creation of generational wealth and economic mobility and opportunity in the Black community. 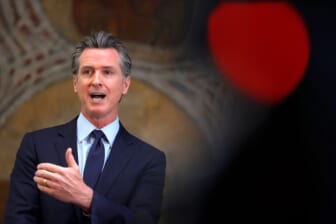 The City Council has previously said the reparations do not require direct payments but would mandate investments in areas where Black residents face disparities. City Manager Debra Campbell on Tuesday said officials have not yet determined what those investments will entail.

“There was a question about, well, how will this be spent? What are the projects?” Campbell said. “We don’t know yet. What we do know is that we have asked the commission once it is formed, to provide us with short, medium and long-term initiatives.”

While the amount is almost double what was allocated in earlier presentations, some community members at the council’s meeting expressed opposition. Some argued the $2.1 million isn’t enough and that divesting from the city police department would be a form of reparations. Others said the money could be better spent, including that it could be targeted at helping Black people become homeowners and that with a proposed tax hike, they’re being priced out of the city.

Across North Carolina, the Durham City Council passed a resolution last October calling for a federal program of reparations. In April, a panel in the U.S. House of Representatives advanced a decades-long effort to pay reparations to the descendants of slaves by approving legislation that would create a commission to study the issue. 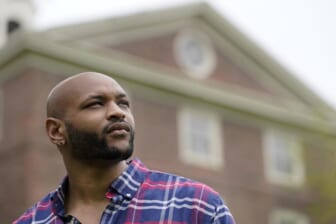 In March, the city council in the Chicago suburb of Evanston became the first U.S. city to make reparations available to its Black residents for past discrimination and the lingering effects of slavery. The City Council voted to begin making good on its pledge to distribute $10 million over the next 10 years with the distribution of $400,000 to eligible Black households.

In California, a first-in-the-nation task force met for the first time last week to study and recommend reparations for Blacks, part of a two-year process to address the harms of slavery and systemic racism despite a lack of action by the federal government.