Andrew Brown Jr. died from gunshot to back of head, state autopsy finds

"Despite law enforcement's and the district attorney's best efforts to hide the facts in this case, and paint Andrew as a villain, we are confident that the truth will be revealed and justice will prevail,” the family of Andrew Brown Jr. said.

An official North Carolina state autopsy has confirmed that 42 year-old Andrew Brown Jr. died from a gunshot wound to the back of his head.

The report was released Thursday by the North Carolina Office of the Chief Medical Examiner and attributed Brown’s death to a “penetrating gunshot wound of the head” and a gunshot wound on the right arm, Reuters reports.

As theGrio previously reported, Brown was fatally shot and killed in Elizabeth City, North Carolina on April 21 while behind the wheel of his car after 10 officers attempted to serve him a warrant on drug-related charges. Bodycam footage of the shooting of Brown has not been released to the public, leaving many questions about what happened unanswered. However, the Brown family’s lawyers have argued that Brown drove away in an attempt to avoid being shot to death and that a search warrant does not give police permission to kill. 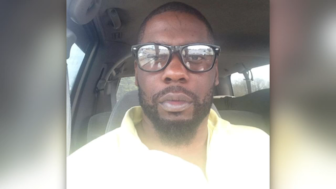 In April, North Carolina Superior Court Judge Jeff Foster issued a court order to the Pasquotank County Sheriff’s Office to release footage of Brown’s shooting but the family was only permitted to view 20 minutes out of two hours worth of footage and the officers’ faces and weapons were blurred out.

“He was leaving the site trying to evade being shot at by these particularly law enforcement officers who we believe did nothing but a straight out execution by shooting him in the back of his head as he was trying to get away in a moving vehicle,” said family attorney Wayne Kendall during an April press conference.

“At no point did we see Mr. Brown pose a threat to the law enforcement that was there. It was absolutely and unequivocally unjustified,” a lawyer for the family also said.

In May, District Attorney Andrew Womble deemed shooting officers’ Daniel Meads’, Deputy Robert Morgan’s, and Cpl. Aaron Lewellyn’s actions justifiable and announced that he would not charge them, which triggered another wave of protests in North Carolina. 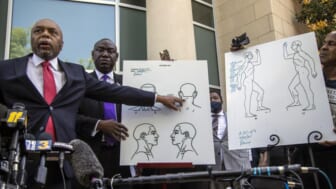 An independent autopsy requested by Brown’s family in April had already revealed that Brown was shot five times, including a bullet to the back of his head. The state autopsy released this week further corroborates the lethal force used by North Carolina police and in a statement released on Thursday, the Brown family said that they will not stop demanding the release of the bodycam footage.

“The autopsy results prove what we’ve always known to be true: Pasquotank County deputies executed Andrew Brown Jr. with a kill shot to the back of the head,” the statement reads. “Despite law enforcement’s and the district attorney’s best efforts to hide the facts in this case, and paint Andrew as a villain, we are confident that the truth will be revealed and justice will prevail,” Brown’s family wrote in a statement.