The rapper previously announced the album was delayed due to surgery and rehab, with his energy "dedicated to recovery"

After months of anticipation from his fans, Drake has announced his delayed Certified Lover Boy album will be released by “the end of summer.”

It’s almost been a year since the release of Drake’s lead single for his upcoming sixth full-length album, “Laugh Now Cry Later.” That same day, the rapper even announced the title for his album, Certified Lover Boy, along with the song.

While the album has since been hit with a few setbacks after reportedly planning to drop in January of 2021, Drake has finally brought the album back into the conversation again, reassuring fans that it should drop “by the end of the summer.” 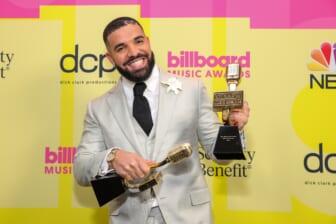 Also Read:
Drake accepts Artist of the Decade at the 2021 BBMAs with his 3-year-old son

The rapper appeared in a rare interview on the live streaming app, Caffeine, in which he confirmed that the album should be out by the end of the summer. While, of course, there was no official date announced, that at least gives fans a time frame (the next couple of months) to be on the lookout for some new music from the “Headlines” singer.

A post shared by Got That Hip Hop (@officialgthh1)

While Drake had confirmed the January 2021 release date for Certified Lover Boy in October 2020, late in January, the rapper took to his Instagram stories to update his fans and followers on why it was being delayed.

He explained, “I was planning to release my album this month but between surgery and rehab my energy has been dedicated to recovery. I’m blessed to be back on my feet feeling great and focused on the album, but CLB won’t be dropping in January. I’m looking forward to sharing it with you all in 2021.”

As Variety reports, Drake has kept his health pretty private, but it is believed that the rapper underwent some sort of knee surgery months ago.

While the album details have been kept under wraps, Drake has still made some pretty public appearances, including accepting Artist of the Decade at the 2021 Billboard Music Awards.

Taking the stage to receive the award with his three-year-old son Adonis, Drake shared in his speech, “I didn’t really write a grandiose speech about how to make it work or what it took, because you know to be really honest with you, I don’t quite understand it myself. But, I just know that I’ve spent an incalculable amount of hours trying to analyze all the things I did wrong, but tonight for once, I’m sure as hell we did something right.”

Check out his full acceptance speech from the awards show last month below: