"I think it's really important to develop a mindset early on that whatever you want to achieve, it's possible."

Not only did Otitigbe break Albany High School’s record as the first Black valedictorian in its 152-year history, but she is also on her way to Harvard University.

During an interview with PEOPLE, Otitigbe said her robust support system helped make her dreams possible.

“I had a very strong foundation [growing up] of watching Black men and women who were academically excellent succeed in whatever field they were passionate about,” said Onovu. “So I never had a question in my mind that it was possible for me.”

“An image really does speak realities into existence,” she continues. “Going to Harvard after 12 years of school sometimes feels like an out-of-body experience. But I think it’s really important to develop a mindset early on that whatever you want to achieve, it’s possible.” 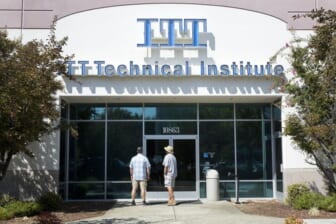 Not only did the 18-year-old graduate with a near-perfect GPA from the school located in Albany, NY, but she was also involved in a myriad of extracurricular activities from jazz band, lacrosse, soccer, the Tri-M Music Honor Society, the robotics team and part of Student Help Desk, a tech-support club.

She was a member of Key Club, a community service group, and was the editor-in-chief of her school newspaper.

The young woman acknowledges she did not do it alone and credits those around for their encouragement.

She said, “with the right support systems and the right positivity, it’s definitely possible,” she adds. “There’s no dream too big.”

“She was always curious,” said the mother, 47. “As a young child, she was always asking questions, wanting to figure out how things are working.”

But Onovu admits the journey was not always easy and said she even dealt with imposter syndrome.

“I wasn’t naturally able to get 100s in classes,” she adds. “It was a lot of staying after school with a teacher to figure out what I’m not getting… and tapping into a network outside of school, like my uncle and aunts who are engineers.” 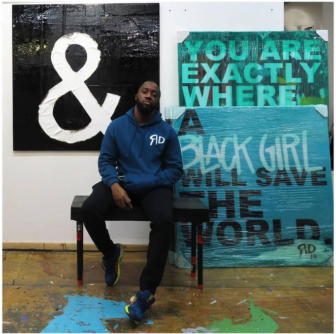 She continued to say: “I struggled with insecurity, especially stuff like imposter syndrome,” she thanks “people who believed in me” because they helped her quiet the negative self-talk.

“What came naturally was learning how to advocate for myself and also being able to develop relationships with people who would advocate for me,” she told the magazine. “I’m fortunate I grew up where a lot of people saw my potential and never let me give up.”

In the fall, the young woman will study biomedical engineering and neuroscience on a pre-med track. She graduates high school next week and is excited but nervous.

“Starting a new journey is the definition of bittersweet,” said Onovu. “I’m scared to leave home. It’s definitely going to be something new. But it’s the perfect balance of fun and introspection. I just want to become a better person out of college.”