"Taken Too Soon” is the name of a GoFundMe started in the family’s honor to support funeral expenses and the surviving daughter.

A devastating multi-vehicle crash in Arizona involving a robbery suspect in a stolen vehicle left a mother and two of her children dead.

45-year-old Courtney Lonergan and her eldest children, 16-year-old Almira Geer and 18-year-old Ali Greer, were killed in the incident on June 10, according to a GoFundMe created by a family member. 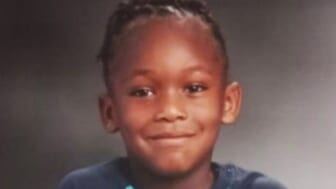 Also Read:
S.C. boy, 7, mauled to death by pack of dogs while on a walk with brother

Authorities identified 33-year-old Raymond Montgomery as the man who allegedly stole a 2010 Cadillac SRX from a woman near 17th Avenue and Missouri Avenue, according to a statement from Phoenix Police Department obtained by PEOPLE. The incident happened around 3:47 p.m., according to the statement.

According to PEOPLE, police believe Montgomery was fleeing the scene when he ran a red light and crashed into a Honda Civic including the family located at the intersection of 7th Avenue and Missouri Avenue. PEOPLE reported that this crash caused both vehicles to hit a 2019 Dodge Ram pickup truck, which was pushed into a City of Phoenix bus, according to police.

The stolen Cadillac kept going and hit a pedestrian crossing the road, then collided with a Chevy Malibu waiting at the intersection, PEOPLE reported.

After being transported to a nearby hospital with what police described as “extremely critical injuries,” Lonergan was pronounced dead and her kids passed away at the scene of the collision, PEOPLE reported.

Following this tragedy in Arizona, a GoFundMe called “taken too soon” was started in the family’s honor to support funeral expenses and the surviving daughter. It has already raised more than $75,000 with more than 150 people contributing as of Wednesday afternoon. 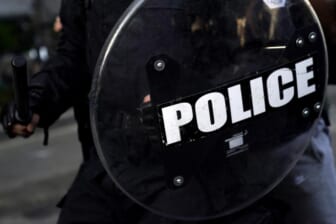 A message on the GoFundMe reads, “On the afternoon of June 10th, 2021, three innocent beautiful lives were tragically taken. Mother of 3, Courtney Lonergan and her 2 eldest children Ali Geer (18) and Almira Geer (16) were struck in a fatal car accident and lost their lives. They are survived by Aracelli Geer (14), the youngest of Courtney’s children. We would greatly appreciate any help going towards funeral expenses and helping Aracelli continue her journey. Thank you all!”

People sent condolences and shared heartfelt messages about the family on the GoFundMe as the community in Arizona continues to mourn.

“Courtney was a good friend from OSU,” one person wrote. “I remember her intricate scrap books, late night philosophical debates, shared stories of bad dates and some great road trips. I am so thankful that I was able to reconnect with her 4 years ago. As a first responder I see a lot of tragedy, but this really hit me hard. This was not suppose to happen.”

Others spoke about the impact the children had in their lives in Arizona.

“My daughter adores Almira and Ali and thanks to their family she had the BEST and MOST MEMORABLE junior and senior year in high school,” another person shared. “Courtney, Almira and Ali will remain 4EVER remain in our hearts.”

Another donor shared, “In memory of Courtney, Ali and Almira and in support of Aracelli. May the legacy of this wonderful family live on.”