"The family reached this same conclusion immediately upon seeing the video of his death," an attorney representing the family said.

The family of Jamal Sutherland is relieved a team of forensic pathologists in South Carolina agrees that the subdual process of jailhouse staffers contributed to his death earlier this year.

Sutherland’s death certificate has been amended to say the manner of his death is homicide. At a news conference on Wednesday, Charleston County Coroner Bobbi Jo O’Neal noted that Sutherland, 31, died from a “cardiac event,” specifically an abnormal heart rhythm also known as cardiac dysrhythmia, as reported by the Charlotte Observer. 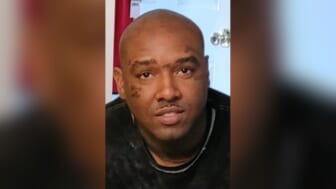 Sutherland was diagnosed with bipolar disorder and schizophrenia as a teenager, according to The Post and Courier. Prior to his death in January, he was at the Palmetto Lowcountry Behavioral Health Center and was arrested for allegedly assaulting a staff member. A fight reportedly broke out between Sutherland and another patient on January 4. Both were charged with third-degree assault and battery, theGRIO reported.

Sutherland had a bond hearing set for the following day. He was declared dead the morning of his court appearance after being removed from his cell by deputies at the Al Cannon Detention Center in North Charleston.

Body camera video from the Jan. 5 incident was released last month by the Charleston County sheriff’s office. The footage shows former Detention Sergeant Lindsay Fickett and Detention Deputy Brian Houle outside Sutherland’s cell. One deploys a Taser and uses it repeatedly as Sutherland screams in pain. He is heard saying “I’m not resisting, officer,” during the encounter and “I can’t breathe.”

Fickett and Houle were initially placed on administrative leave over the disturbing incident before both were fired in May.

During his interaction with deputies, Sutherland writhed on the floor in pain for 34 seconds.

“We know that there’s probably a traumatic stress response that happens during that process,” O’Neal said of the way deputies removed Sutherland from a Charleston County jail cell. “Although that’s not measurable, and that’s not something we can measure or test for, we can’t exclude that as being a factor in the death of Mr. Sutherland.”

O’Neal also noted two other factors that contributed to Sutherland’s death were changes in his medication and an “excited state,” which was listed as the initial cause of death, NBC News reports.

“Many of those medications have a known or conditional risk of causing a cardiac dysrhythmia. That was very significant,” O”Neal said. After additional testing, she concluded that his death was “best deemed to be homicide.” 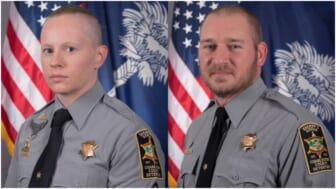 “The family reached this same conclusion immediately upon seeing the video of his death, thus they are pleased with the amended finding and remain steadfast in their pursuit of justice for Jamal,” said attorneys Mark A. Peper and Gary Christmas.

“I am so happy that it was a unanimous decision to do what is right by the Sutherland family,” said Council Chairman Teddie Pryor.  “We know that no amount of money will bring their loved one back, but I think this starts the healing process.”