As the fallout from Michael Costello‘s recent comments on Chrissy Teigen continues, he’s been forced to respond to allegations made by British singer Leona Lewis on how he treated her when she was slated to wear one of his gowns to a charity event. 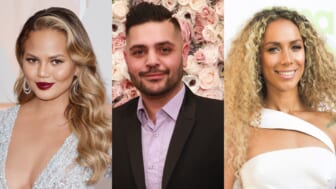 As theGrio previously reported, Michael Costello found himself in the center of the drama and bullying rumors surrounding Teigen when he shared on Instagram that she “reduced him to tears” and made him contemplate suicide.

Lewis, who worked with Costello in the past, had plenty to say about Costello the next day, however, claiming that she herself was mistreated by him.

Lewis shared on her own Instagram page, “As an excited young woman, I flew all the way to New York and was so honored to work with him because I adored his dresses…

When I got to my fitting I was made to feel very awkward and uncomfortable as the dress was a sample size and he/his team clearly did not want to alter it to fit me. This came as a total surprise because weeks prior I was told that they would make the dress work for me.”

Lewis continued to share that Costello did not even show up to her final fitting after that, and that his treatment of her only worked her body insecurities, ultimately saying, “I’m sure this will come as a shock as I never told him how this made me feel.

But the pot calling the kettle black in this situation doesn’t sit right with me. Bullying comes in many different forms. We need love, we need accountability, we need forgiveness, none of us are perfect.”

In a statement to Page Six Style on Wednesday, Costello defended himself against Lewis’ claims, citing that he had no idea about her feelings about him. He shared, “I have always been a fan of Leona Lewis and she has always adored me.

Her team has continuously requested for her to wear us from 2013 up until now…It’s bizarre how her attitude towards me shifted as soon as I spoke my truth in regards to Chrissy Teigen and others trying to blacklist me.”

Costello then goes on to explain in the statement that the exchange Lewis detailed was simply a mishap, saying, “Unfortunately none of the red options worked out for Leona. There was no way for me to make her an alternative option as I was, and still am, based in Los Angeles.

If we had known about the event more than seven days in advance, which is the timeframe we had, we could have made something custom for Leona without a doubt.”

He continued, “It was nothing personal towards Leona. The plan simply did not work out the way we intended. I have always offered to make something custom and special just for her. I am always here for her.”

As theGrio has extensively reported, this is just the latest incident in the ongoing saga involving Teigen and claims of bullying made against her.

Costello said Teigen bullied him to the point where he considered taking his own life. He claims she fueled a years-long campaign in hopes of getting him blacklisted after he was accused of calling a Black woman the N-word, something he denies and says was fabricated on social media.