When television and film producer Joseph Lovett asked why ABC never aired the interview, he was told in essence that no one wanted to listen to “a Black gay has-been.”

Television and film producer Joseph Lovett was “beyond thrilled” when he got an assignment to interview literary icon James Baldwin in 1979. Lovett’s production crew visited the late Baldwin at his Manhattan home and got a peek into the beloved and mystifying author’s personal life, but ABC never aired the segment, Esquire reports.

“I had been reading [Baldwin] since I was a teenager. I thought he was brilliant and brave and speaking to the moment of history that we were all living in. I was thrilled; I was beyond thrilled,” said Lovett.

Over 40 years later, the interview produced by Lovett and conducted by the late pioneering journalist Sylvia Chase has resurfaced.

Lovett’s footage captures Baldwin behind the scenes of one of his productions of The Amen Corner, communing with family in his Manhattan home and immersed in the Black communities of NYC, primarily in Harlem.

In 1979, Baldwin had also completed his nineteenth novel, Just Above My Head, Esquire reports.

“He hadn’t had a drop to drink and he was brilliant, utterly brilliant,” Lovett said. “We couldn’t have been happier. He was such an eloquent, masterful speaker, with such a great mind. It was such a privilege.”

During the interview, Baldwin discussed his reasons for writing his 1956 seminal novel Giovanni’s Room, breaking down the church’s influence on his life and art, and racism in America. 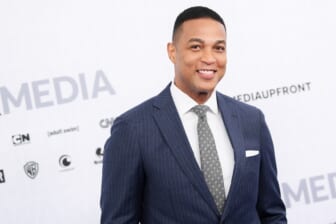 “White people go around, it seems to me, with a very carefully suppressed terror of Black people—a tremendous uneasiness,” Baldwin said at one point in the segment. “They don’t know what the Black face hides. They’re sure it’s hiding something. What it’s hiding is American history.

“What it’s hiding is what white people know they have done, and what they like doing…They know this; everything else, they’ll say, is a lie. They know they would not like to be Black here.”

The rediscovery of the interview comes as good news to those who relish in Baldwin’s work, and the author’s words are especially poignant during an era of renewed analysis on race and social injustice in America.

As journalist Michelle Norris tweeted on Wednesday, “Put away whatever you might be doing & spend ten minutes watching this newly unearthed 1979 interview with James Baldwin buried years ago by ABC b/c it was deemed uninteresting.”

Despite the immense value of Baldwin’s life and words captured on film, ABC delayed airing the footage until it was eventually scrapped. When he asked why, Lovett was told in essence that no one wanted to listen to “a Black gay has-been.”

“I was absolutely stunned because, in my mind, James Baldwin was no has-been,” said Lovett. “He was a classic American writer, translated into every language in the world, who would live on forever, and indeed he has. His courage and his eloquence continue to inspire us today.”

You can watch a clip of the interview below.