"Covering the allegations and then going to Pennsylvania to cover the actual trial, it was hard. It was hard because it was as if part of my childhood was on trial as well," said Melvin

Craig Melvin gets deep about fatherhood in new book: Pops: Learning to be a Son and a Father.

The Today show co-host gets real about his relationship with his father in the new book whom he categorizes as an “enigma” in his life. He also discusses how difficult it was for him to cover the drama surrounding Bill Cosby because like many through the lens of The Cosby Show saw the actor as a role model. 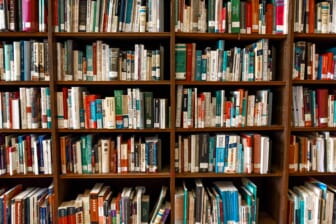 Also Read:
3 books on the Tulsa Race Massacre you should pay attention to 100 years after the attack

“For a lot of us, it was the first time we’d seen a Black family where mom and dad were both professionals, they had a healthy relationship and they were super-parents,” Melvin, 42, told Yahoo Entertainment.

“Jazz, art and social consciousness were all these things explored on this show. It was this celebration of Blackness every week. It really is hard to overstate how important that was for kids like me who lacked a father figure,” he says. “But every week you could turn on the TV and it’s like, ‘Maybe my dad isn’t what I want him to be, but wow, look at Dr. Huxtable. I could be Dr. Huxtable when I grew up.'”

The broadcaster, who hails from Columbia, South Carolina, attended Wofford College, a private college in the state. He said he was troubled by Cosby’s trial. Dozens of women came forward and accused the comedian of sexual assault. He was convicted in 2018 and is currently incarcerated in Pennsylvania.

“Covering the allegations and then going to Pennsylvania to cover the actual trial, it was hard. It was hard because it was as if part of my childhood was on trial as well,” said Melvin.

“I had done one or two stories before the allegations that gave me an opportunity to interview Bill Cosby,” he adds. “It was a professional dream come true. I think in the book I did a decent job of trying to capture the importance of Cosby’s character — it’s important to make that distinction — but the role that his character played not just for me, but Black kids all over America in the late eighties and early nineties, we longed to be a Cosby kid.”

Melvin became co-host in October of 2018, of Today’s 3rd Hour. He disclosed his reluctance for his coworkers to learn about his relationship with his father, Lawrence Melvin. His dad worked the night shift at a postal facility and when he wasn’t working, he was drinking.

“My dad was such an enigma to me for most of my life and I couldn’t figure him out. I didn’t really know where I stood with him for a good portion of my life,” he adds. “I became a naturally inquisitive person. I became very curious about my dad and our family. I think that it helped develop an empathy that a good journalist has. I try desperately not to judge.”

But now his father is an involved grandfather with Craig’s two children, Del, 7, and Sibby, 4.

“You don’t know what mountain someone’s climbing that day, much less in life in general. You don’t know what people are going through to get where they are. I generally give people the benefit of the doubt, whether they deserve it or not. I think that’s served me well professionally.”

He adds that empathy also helped him build his relationship with his father. 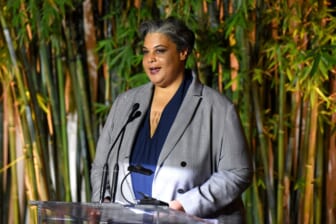 “For me, it was important to discover the origins of my father’s complexity. As I talked to my dad and found out more about how he grew up and how he interacted with his own father or didn’t interact with him more accurately, it helped me understand him exponentially more.”

The new book, Pops: Learning to be a Son and a Father is out now.