This weekend, Father's Day and Juneteenth are celebrated and there are shows about both

Father’s Day and Juneteenth are just around the corner and to celebrate both, theGrio has this week’s list of projects for our TV lovers to watch. 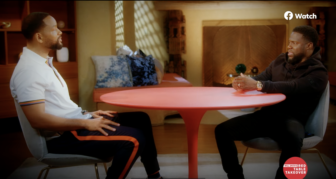 These selections are perfect for watching with dad or for education in Black history.

Fatherhood is the film adaptation of the biographical novel “Two Kisses for Maddy: A Memoir of Loss and Love.” It tells the story of a first-time father navigating the journey of single fatherhood after tragically losing his wife a day after she gave birth.

The Paul Weitz-directed movie stars award-winning comedian Kevin Hart, who plays the father, and Them’s Melody Hurd in the role as his daughter. Co-starring in the film are actor and comedian Lil Rel, DeWanda Wise, Deborah Ayorinde, Alfre Woodard, and Anthony Carrigan.

In an interview with theGrio, Hart said working on the film, “gave me an opportunity to be a Black father on a big screen in a good light and a light that we’re rarely shown on screen.

2. 2021 marked a century since the devastating loss of hundreds of African American lives at the hands of a racist mob in Tulsa, Oklahoma. Black communities and businesses were destroyed, hundreds were left dead or injured, and information about the incident was kept secret and went unreported for a long time.

But now, with several documentaries and films completed and in the works, more information has come out about the fateful two days. Director Dawn Porter, who also helmed the Good Trouble: John Lewis documentary, is bringing a new film to National Geographic called, Rise Again: Tulsa and the Red Summer.

DeNeen Brown, an award-winning Washington Post journalist will uncover a mass grave site in Tulsa, and help the descendants of the massacre get some answers about their ancestors who were brutally murdered.

Brown will also investigate how the media conspired to keep the incident hidden. It will premiere on Friday, June. 18 on the National Geographic channel and will stream on Hulu on June 19.

3. Music producer Justin Rhodes is taking a different approach to educating non-Black people on the difference between Black cultural appropriation and appreciation.

In his new film It’s a Wonderful Plight, the main character Scott (Brian Shorkey), a white hip hop fanatic, points out his roommate’s prejudiced thoughts and comments about the Black community, but turns out, Scott’s not as much of an ally as he thinks he is.

While experiencing a hallucination, Scott is approached by Josef the Hotep (Rhodes) who takes him on a journey to learn the woeful history of Black Americans. The film is now available on Amazon Prime.

4. Those that are looking for a little horror-humor mashup will be pleased to know The House Next Door: Meet the Blacks 2 is now playing in theaters. After dealing with racist neighbors, Carl Black (Mike Epps) has a new neighbor that he has to face…a pimp/vampire.

Black teams up with his bizarre neighbors to try to take the vampire down. 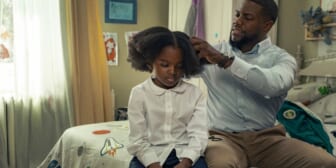 5. Anyone who loves a good crunch in their food will appreciate the new series Fresh, Fried, and Crispy. Food critic and Youtuber Daymon Patterson, better known as Daym Drops, is traveling around the United States to visit some of the most “smokin’ hot spots” and try out their different fried dishes.

A few cities he will visit in the eight-part series are Savannah, San Diego, Birmingham, Las Vegas, and more. The series is streaming now on Netflix.

And in a bonus, here’s a sixth option: tune in to theGrio’s second annual Juneteenth Live: Black and Proud event.

theGrio’s very own Shana Pinnock and Gerren Keith Gaynor will host the special and lead viewers in the historical celebration of the emancipation of Black enslaved people.