The first title reportedly being adapted into a feature film is "Ireti," the story of "the first African female superhero"

According to The Hollywood Reporter, Nigeria’s Comic Republic has signed a deal with Emagine Content and JackieBoy Entertainment in hopes to bring “African superheroes to the world.”

Comic book characters and superheroes are in higher demand than ever before. With massive franchises from Marvel, DC Comics, and more, fans can’t get enough of watching heroes save the day with superhuman powers. Nigeria’s Comic Republic is the largest publisher of independent comic books in Africa, and it looks like their content is about to make a major splash in a global way.

Per The Hollywood Reporter, the goal of the deal with Emagine Content and JackieBoy Entertainment is to “portray a positive global influence of Africa and negate previous misconceptions.” The CEO of Comic Republic, Jide Martin, released a statement in regards to their excitement with the new deal. 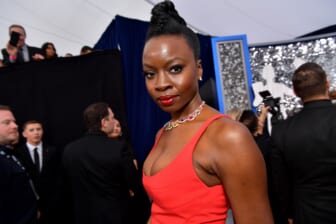 Martin explained, “It’s a great time to be alive. We are in a world where diversity has taken center stage. We are thrilled to be working with Emagine Content and JackieBoy to bring our heroes and stories to the big screen but mostly because we get the chance to be a part of Black history.”

One of their most popular titles is Ireti, “the story of a university student in Ibadan, Nigeria blessed with superpowers.” This title is set to be the first project under the partnership to be adapted into a feature film. The company bills Ireti as “the first African female superhero.”

Emagine CEO Ben Phelps shared in a statement, “This deal is a major push towards diversity on the silver screen for black superheroes. The time is now to showcase heroes of all different backgrounds…the ability to create role models for future generations to come is a unique opportunity that comes with an important responsibility to make sure the storytelling is authentic. For us, finding a partnership that is looking to be a disruptive force with good morals is everything.”

John Tillery of JackieBoy also released a statement regarding the deal, explaining, “JackieBoy Entertainment is excited to bring the three companies together and embark on this watershed moment in comic book culture, connecting the voices of African stories to universal themes for all to enjoy…we look forward to working with the stellar teams of Emagine Content and Comic Republic to strengthen the alliance between African-based creatives and comic enthusiasts with genuine characters and storylines.” 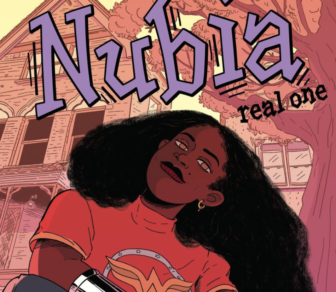 This deal marks an exciting new chapter in the company’s seven-year history. Per their official website, their mission statement reads: “Our aim is to shape the perception of the African continent through the high-quality art we create for consumers around the world. We bring together the creative and business sectors by making sector-overarching links for the purpose of creating true emotional and economic value.”

Head over to their website to get a look at the exclusive titles that may soon be coming to the screen, here.