"I have to tell you," the judge told Ronnie Oneal III, "in another lifetime, you would have been an excellent lawyer"

Ronnie Oneal III, who went viral for his fiery opening statements in a Florida courtroom while acting as his own defense attorney, has been found guilty of the March 2018 murders of his disabled young daughter, Ron’Niveya Oneal, and her mother, Kenyatta Barron.

Oneal, 32, was also found guilty of the attempted first-degree murder of his son, Ronnie, 11, who took the witness stand against his father, telling him, “You stabbed me,” in his testimony.

“You are ready to believe my son, whose statements are conflicting all of a sudden because he has been adopted by a detective who worked in this case,” Oneal said to the jury in his closing arguments. “He had no business being around him in an open and pending case.” 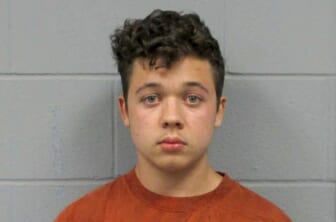 In the tragic, brutal case, Oneal reportedly wounded Barron with a shotgun, then beat her to death with the weapon. He then reportedly used a hatchet to kill his 9-year-old daughter and attempt to kill his son, who was then 8. He then set the family’s home on fire. The boy survived the incident and testified in court that he witnessed the entire ordeal.

In his closing statements, Oneal admitted to killing Barron, saying, “I want you to know the actual facts,” he told jurors, claiming he did so after she murdered their little girl and tried to slay their son. Then, turning to prosecutors, he said, “I did kill Kenyatta Barron. But I want you to tell it like it is if you are going to tell it.”

Oneal frequently used profanities in his closing statements, earning admonishment from Hillsborough Circuit Judge Michelle Sisco — who also took time to praise him for his self-defense efforts. “I have to tell you,” she told him, “in another lifetime, you would have been an excellent lawyer.”

Prosecutor Ronald Gale told the jury that the case was a very emotional one, and “the evidence and testimony has been by turns gruesome and disturbing and just heartbreaking.” 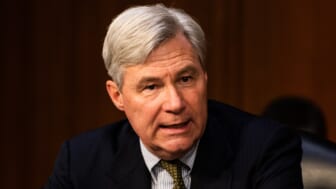 “These murders are among the most cruel and vicious our community has ever seen,” Hillsborough State Attorney Andrew Warren told ABC 7. “Sitting in the courtroom with the victims’ family, hearing a mother’s screams, seeing the horrific pictures of her daughter — it’s hard to fathom how someone can do something so barbaric. His punishment — his life — now sits with a jury of his peers, as it should.”