"I just reflected on just the magnitude of strength of these people resilience that they had to have had to overcome these horrific circumstances," Pierre told theGrio's Cortney Wills.

Barry Jenkins’ The Underground Railroad series on Amazon chronicles the life of a slave named Cora as she tries to make her way to freedom.

Based on the 2016 Colson Whitehead book, which won the Pulitzer Prize, it imagines what would have happened if the underground railroad was an actual, physical railroad.

Actor Aaron Pierre takes on the role of Caesar who is a slave brought to the Randall Plantation. 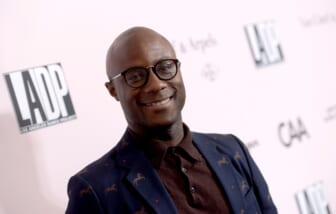 Caesar is also Cora’s love interest and together they try to escape the plantation through the underground railroad.

In the first episode of the show, Pierre’s character is forced to have intercourse with another slave while their slave master, Terrance Randall (Benjamin Walker) watches.

It was part of the inhumane practice of breeding slaves, which was done to provide slave owners with what they perceived to be a superior ‘product’ to own or sell.

In an interview with theGrio’s Cortney Wills Pierre, who hails from the U.K., discusses the personal impact of filming such an emotionally heavy scene.

“I actually remember that night so vividly,” he says.

“That particular day was very difficult, because it’s near impossible to fathom what could have been going through a person’s head during that time.”

He further explained, “in the lead up to it, during the act and afterward, and I think in that scene, I just tried not to think too much and tried not to intellectualize the situation, I just try to be as present as I could so that it was as truthful and as authentic as it could be.”

Pierre said that after the scene was complete that he took time to do some deep thinking.

“I just reflected on just the magnitude of strength of these people and resilience that they had to have had to overcome these horrific circumstances.”

The 27-year-old also gave credit to Jenkins for the way in he approached the filming of The Underground Railroad.

Pierre said, “he handled the entire series, but specifically things that were so sensitive with such sensitivity and such care and ensured that everything was in place that needed to be in place in order for us all to feel supported.

He added that Jenkins made sure his cast was aware that they all “had a safe space.”

Caesar was not just a slave determined to get his freedom but he also had an advantage that most slaves during that time could not have. With the help of his former master, he was able to learn how to read and write secretly.

Pierre admitted that the way his character used his intelligence is what made him more interested in the part.

“Well, one of the things that attracted me the most to this role was his ability to transcend his physical reality, and I think he did that in very creative ways.”

Pierre hopes that he was accurately able to convey the strength of a character he very much admired. 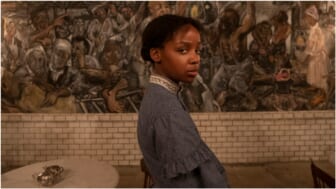 He added, “I was blessed to have an amazing team around me. And, you know, I think, you know, with my own research and with them guiding me, hopefully, you know, we brought him to life in a good way.”