"For all my melanated brothers and sisters of the African diaspora, we are on strike," says one TikTok creator

Black TikTok creators have refused to post their choreography to Megan Thee Stallion’s new song “Thot Sh–” after their dance routines continue to be co-opted by white creators who are then given all the credit. 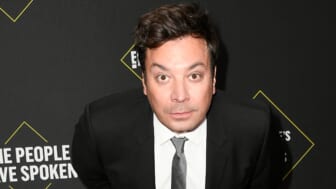 TikTok’s popular dance trends are largely due to Black content creators, but they rarely receive the same recognition as the white dancers who imitate them. Black TikTokers have had enough and now they are taking a united stand by refusing to share their original dance routines to “Thot Sh–.”

“We observed over the years on TikTok that most dances on the app are originated by Black creators. And creators who aren’t Black will water it down to do the bare minimum of the dance and claim it as their own,” Jazmine Moore, a 20-year-old TikTokker, told Mashable.

“So when this song popped up everyone knew that someone was going to make a dance to it. But Black creators collectively agreed not to make one.”

Moore said the lack of new choreography to “Thot Sh—” confirms that Black creators “are the backbone of this app.”

“For all my melanated brothers and sisters of the African diaspora, we are on strike,” TikTok creator Capnkenknuckles said in a video.

The “strike” against free choreography follows the backlash that Jimmy Fallon faced after he invited popular TikToker Addison Rae to his late-night show in March where she performed many of the viral TikTok dances that were first made by Black creators.

While Rae is indeed a popular TikTok personality, Tonight Show viewers were quick to point out on social media that almost all of the hot moves on the app were originated by Black creators.

After the show aired, Fallon and Rae were trending on Twitter, with many Black users rolling their eyes at what they felt was a tone-deaf bit.

TikToker Jalaiah Harmon was 14 when her “Renegade” choreography to K Camp’s “Lottery” was hijacked by non-Black creators who gained monetization and brand sponsorships while Harmon went uncredited.

When the New York Times revealed she was the creator of the routine, it prompted Black TikTokers to demand credit when users copy their original choreography for dance videos. 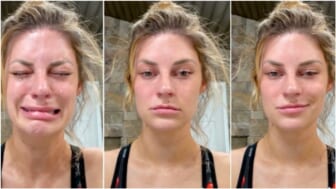 “I don’t want to hear another f—– white woman ever say that TikTok dances and TikTok trends aren’t entirely stolen from Black women,” creator xosugarbunny, who is white, said. “Because a Black woman has yet to give a dance to this song…Megan says ‘Hands on my knees. Shaking my ass. On my thot shit.’ And the white women…”

“The instructions are right there,” she said to white users of the app who find the lyrics too complicated to follow. Many clips show them simply turning away from the camera and waving their arms to Megan’s new summer anthem.

“You could not have possibly gone so far in the opposite direction,” xosugarbunny captioned the video then pantomimed white ‘dancers’ response without the moves the song specifies. “The instructions are right there. The fact she’s giving y’all instructions in the songs makes no sense.”

“We contribute to the app so much that now people are slowly realizing that not every popular creator is creating these things,” Moore continued in a DM to Mashable. “It really does show that even when Megan was giving instructions, they really didn’t know what to do without our help.”