The ability to take pain, heartbreak, depression, frustration and turn it into something beautiful, uplifting, and empathetic is a power that Black artists and creators have possessed since the dawn of this nation. 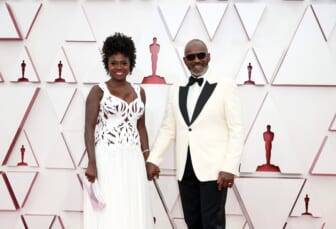 From field hands singing in the hot sun of Southern plantations to B.B. King lamenting about the thrill being gone all the way down to Janet Jackson calling for everyone to break color lines and join a rhythm nation, there has been no shortage of songs and albums that have captured the multiple obstacles that Black men and women go through every day.

Over the past three decades, very few artists have been as consistently successful as Mary J. Blige. With 20 Top 10 R&B hits, eight consecutive platinum albums, and nine Grammy Awards, the Queen of Hip-Hop Soul has taken her place among the most important artists in American music history.

However, it’s her ability to connect with her fans that’s been her most enduring virtue. Perhaps no other of Blige’s 13 studio albums exemplifies this connection better than 1994’s My Life.

Now, fans get to have a detailed look inside the making of that album with a brand new documentary, Mary J. Blige’s My Life, streaming on Amazon Prime Video Friday. It is directed by Academy Award winner Vanessa Roth (Freeheld).

My Life holds a hallowed place in Blige’s discography. While only her second LP, this project, featuring hits like “Be Happy,” “I’m Goin’ Down” and “You Bring Me Joy,” was the culmination of a period of trauma, discord, and as Blige calls it in the film, “a cry for help.”

Following the success of her three million-selling debut What’s The 411 in 1992, Blige had to deal with the turmoil of an abusive relationship, the pressure of taking care of her family, and the pitfalls of her newfound stardom.

The film features Blige breaking down the origins of her discontent and self-consciousness, and how they stem all the way back to childhood. Blige, along with her family members, speaks candidly about the psychologically unhealthy conditions they experienced growing up in the Schlobohm Projects in Yonkers, New York.

Blige spoke candidly about growing feelings of dejection and defeat, learning to push down her dreams and choosing not to ever smile because the people in Schlobohm were jealous of those with ambition and aspirations.

It’s something to be said about how an environment can condition you to choke down any imagination of perseverance within you, just for the sake of survival; one of the greatest paradoxes in the life of a Black American.

In a clip of a teenage Blige singing Vesta Williams‘ “Congratulations,” we see the foreshadowing of her iconic vocal delivery, as well as an illustration of how Blige was singing for escapism rather than stardom.

The cornerstone of the documentary is the album’s title track, first heard in a cappella form as we see footage of Schlobohm and its residents. Blige fights back tears talking about the Roy Ayers sample that drives the song.

“Everybody Loves The Sunshine” the 1976 Ayers composition from the album of the same title, represented the simplicity of sunshine – brightness, hope, life, vibrancy – and how it was ultimately elusive to Blige during her time in Yonkers.

For that reason, it became the basis for the title track of My Life. The lyrics were the narrative motif of the film, with each progressive passage of the first verse representing a chronological chapter in Mary’s story.

It tells the story of how the basic ideals of self-love, affirmation and awareness aren’t readily available to everyone, and God is the key to retrieving inner peace.

A brilliant recurring component in the doc is an animation of Blige as a small child evolving into the young adult who sang hits like “Real Love” and “You Remind Me.” It was great because it illustrated how much the child Mary and the adult Mary are one and the same.

What was also intriguing was Blige seems to still be triggered by the lyrics on My Life. Her reaction during the film after re-listening to songs like “I Never Wanna Live Without You,” “Be With You” and the title track makes it seem that the sadness is just as fresh in her mind and soul now as it was over 25 years ago.

Not only was Blige trying to navigate years of emotional turmoil she was also in a volatile, abusive relationship with Jodeci singer Cedric “K-Ci” Hailey, developing a growing dependency on alcohol and cocaine, and dealing with the success of What’s The 411. 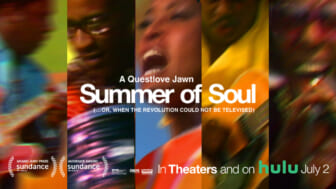 What viewers also get to see is the trauma bonding between Blige and her collaborators that led to My Life’s gestation and creation. Producer Sean “Diddy” Combs spoke of going through his own relationship heartache, while lyricist Big Bub had his own issues with fame and alcohol.

“We made a connection through the pain,” Combs said.

Producer Chucky Thompson had the insight to create tracks that used gritty, funky 70s soul music samples from artists like Curtis Mayfield, Barry White, Isaac Hayes and Al Green that embodied the poverty and bleakness of the ghetto.

Once Blige heard Thompson and Combs’ beats, she began writing her own lyrics of yearning, longing, isolation and desperation. The end result was a triple-platinum album that not only empowered millions of Black women, it became the sonic template for R&B albums for the rest of the 1990s.

The underlying theme of the My Life documentary is Blige’s on-going battle with low self-esteem. Throughout the film, she makes it clear that it was her collaborators and fans who propped her up when she felt low.

The late Uptown Records fouder, Andre Harrell, told Blige’s mother after hearing her sing for the first time at age 18, “Your daughter Mary is gonna sing for royalty.”

But Blige still didn’t want to believe it.

Ultimately, her fans became her backbone. Blige would tell TheGrio that What’s the 411 started her “fanbase,” but after My Life, it morphed into “a movement.”

While said movement would spend the next 25 years telling Blige that My Life saved their lives, it was really them saving Blige.

“We’re healing each other,” Blige said of her fans in the film. “There’s something about the sadness in that album that’s very triumphant now.”

What Blige said she wanted to accomplish with this film was give listeners a more detailed explanation of “where did all this pain come from” that made My Life so potent.