The Senate has confirmed Candace Jackson-Akiwumi to serve on the Chicago-based Seventh Circuit Court of Appeals, the second-ever Black woman — and, currently, the lone Black person — to do so.

Every Democratic senator and only three Republicans voted to confirm Jackson-Akiwumi on Thursday, with senators Lindsey Graham, Susan Collins and Lisa Murkowski crossing the aisle. The final vote tally was 53-40. Seven Republicans skipped the confirmation.

Jackson-Akiwumi, 42, is the second Black woman to be added to the Seventh Circuit Court of Appeals. Ann Claire Williams was its first Black judge, appointed by President Bill Clinton in 1999. She retired in 2018.

Another notable former judge on the court is Associate Justice Amy Coney Barrett, who succeeded to a Supreme Court nomination rushed through Congress after the death of Ruth Bader Ginsburg just weeks before the 2020 presidential election. 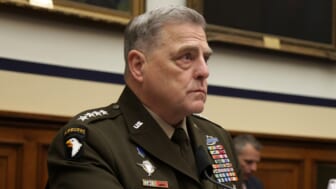 “Biden’s nominees are a striking change,” Carl Tobias, a law professor at the University of Richmond studying judicial selections, told The Chicago Sun-Times. “There are very few Black women on the appellate bench at the federal level now.”

Born in Norfolk, Virginia, Jackson-Akiwumi is the daughter of judges: United States District Judge Raymond Alvin Jackson and former Norfolk General District Court Judge Gwendolyn Jackson. After graduating from Princeton University and Yale Law School — where she was senior editor of Yale Law Journal — she served as law clerk for two judges, then worked for a decade as a staffer for the Federal Defender program in Illinois’ Northern District.

According to her bio at Zuckerman Spaeder, the law firm where she became partner in 2020, Jackson-Akiwumi “represented clients at every stage of the process, from investigation to trial, sentencing, and appeal, including petitions for writ of certiorari to the U.S. Supreme Court. She successfully advised grand jury appearances, negotiated pleas, achieved reduced sentences and attained diversions from prosecution and other favorable results for clients and communities.” 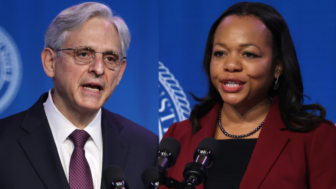 Illinois Senator Dick Durbin advocated for Jackson-Akiwumi’s confirmation, saying that she “has devoted her life to defending the rule of law, including spending 10 years as a federal public defender — representing hundreds of indigent clients at every stage of the legal process and providing them with their constitutional right to counsel.”

The Seventh Circuit Court of Appeals serves the areas of Illinois, Indiana and Wisconsin. The court hears appeals from all of the circuit courts within its jurisdiction, and its rulings may be appealed to the Supreme Court of the United States.

A recent article in The Washington Post questioned why so few Black women serve in high-level federal positions, “even when they have remarkable backgrounds, formidable qualifications and impressive records. Simply to be nominated,” Taneisha N. Means posited, “they must work to become visible to the officials responsible for filling vacancies in the federal bureaucracy and judiciary.”

“Black women nominees often struggle to be confirmed by the Senate,” Means added, “mainly because some senators appear to perceive them as too political.”

A date has yet to be announced for Jackson-Akiwumi’s swearing-in.