Ramona Cooper was shot three times in the back, while David Green was "executed" and shot a total of seven times. Investigators found “troubling white supremacist rhetoric” belonging to the shooter.

The slaying of two African Americans in Winthrop, Massachusetts is now being investigated as a hate crime after the discovery of “troubling white supremacist rhetoric” belonging to the shooter.

Ramona Cooper, 60, an Air Force staff sergeant, was shot three times in the back while retired Massachusetts State Trooper David Green, 53, was “executed,” shot four times in the head and three in the torso by Nathan Allen.

According to Suffolk County District Attorney Rachael Rollins, Allen stole a plumbing truck, crashing it into a building, where he injured two people. He then exited the truck and fired on Cooper and Green before being shot dead by local officers.

In a local NBC News report, Rollins said Allen “walked by several other people that were not Black, and they are alive. They were not harmed.” 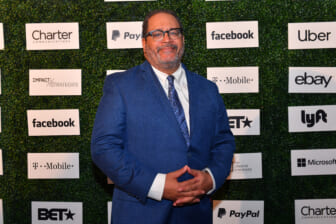 The shooting happened on Saturday afternoon, when the 28-year-old gunman was seen driving at twice the legal limit when he crashed. Rollins has speculated that Green may have originally been headed to a nearby Jewish temple. “He had anti-Semitic rhetoric written in his own hand,” she said.

According to the report, Allen has a Ph.D. and no criminal record. However, investigators have discovered his personal writings about the “superiority” of the white race, as well as swastikas he had drawn. Rollins said that while the gunman is dead after a shootout with police, the investigation in Winthrop will continue to discover his motives for the rampage. 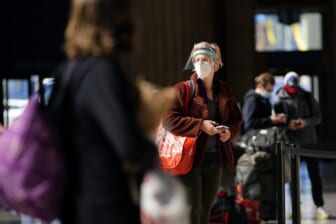 “To all external sources he likely appeared unassuming,” she said in a statement Sunday, “and then, yesterday afternoon he stole a box truck, crashed it into another vehicle and a property, walked away from the wreckage interacting with multiple individuals and choosing only to shoot and kill the two Black people he encountered.” She noted that racism-driven violence is on the rise in the U.S.

As for the victims, Rollins said, “This is a sad day. These two people protected our rights. They fought for us to be safe.”