A woman died, and four men and a teenager were wounded, when an SUV drove by as they stood outside in the South Shore area

Two separate shootings left two people dead and at least 15 wounded in Chicago, police said Monday, as the city that this month recorded its 300th homicide for the year saw more violence.

A woman died, and four men and a teenager were wounded, when an SUV drove by as they stood outside in the South Shore area and shots were fired just before 9 p.m. Sunday, police said.

The woman was shot six times and taken to a hospital, where she was pronounced dead, police said. The four men and a 15-year-old boy were taken to hospitals. Their conditions were said to be stable.

About two hours later, gunmen stepped from an alley in Marquette Park and opened fire, killing a woman and wounding at least 10 people, officials said. A vehicle collision was also reported nearby in which two people were injured. 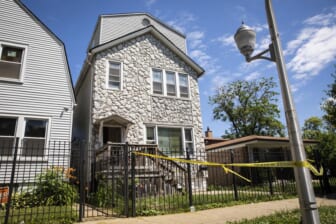 It was not clear how the shooting and the crash may be related. Authorities also did not say what may have led up to the shooting.

No suspects or arrests were immediately announced in either shooting, which were part of a growing number of mass shootings in the city. By the end of the weekend, the total number of homicides stood at 326 — three more than the total during the same period last year.

On one of those days, June 15, five people were fatally shot and at least three others were wounded inside a South Side house and five other people standing outside on the city’s West Side were shot. No arrests have been made in either of those shootings, police said Monday.